I had a very brief opportunity to talk to Carmella*, a Tamil human rights advocate, about her experiences during the conflict in Sri Lanka:

Tell me about growing up

I was born and raised in Jaffna. Many young boys got arrested and every day we could see their bodies which were tied to the electric posts.  One day early in the morning I went to my tuition class in the dark.  On the road to my tuition class one man was shot dead and hanged on an electric post.  That was one of the worst experiences of my childhood.  I could tell you many stories like this. 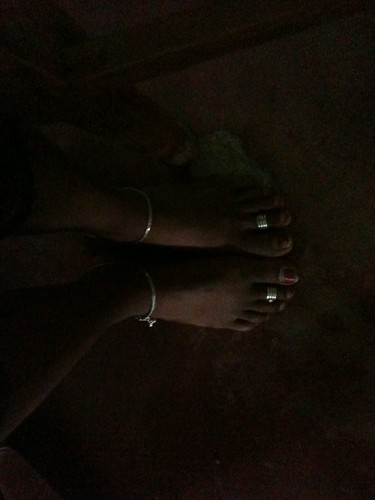 How do you think women have particularly suffered from the conflict?

Women have suffered a lot through this conflict…most of the women are leading women-headed households and they were forced to handle all the activities alone.  One example is my mother. She had seven children when her husband was disappeared.  She was compelled to carry out all the responsibilities.

Why did you decide to do human rights work?

My father’s disappearance when I was 7 and the personal experiences which I went through in my childhood brought me to the human rights field.

What do think about the international response to human rights abuses in Sri Lanka?

Everyone has to pay more attention to human rights in Sri Lanka.  People are starving because of the economic problems. In the meantime, the country’s direction depends on the decisions of one family. This violates the rights of others- mostly in the Tamil speaking community.

I know you are pregnant with your first child, do you see hope for the future?

Yes. I wish that my child won’t face any of the forms of violations I faced in the past.

*not her real name.