Story-telling and Speaking Out

In Nepal, disappearances often began as an arrest. Security forces would detain an individual suspected of Maoist activity, not bothering to charge them with a crime. Those imprisoned were held indefinitely, and frequently subjected to torture during interrogation. Some people were arrested multiple times, leaving their family members to worry whether this would be the time that their husband, brother, son, or daughter would not return. For at least 1,200 families, this nightmare became a reality. Hundreds more were similarly abducted by Maoist forces throughout the conflict. When the war ended, all sides remained silent about the fate of those who disappeared in their custody. 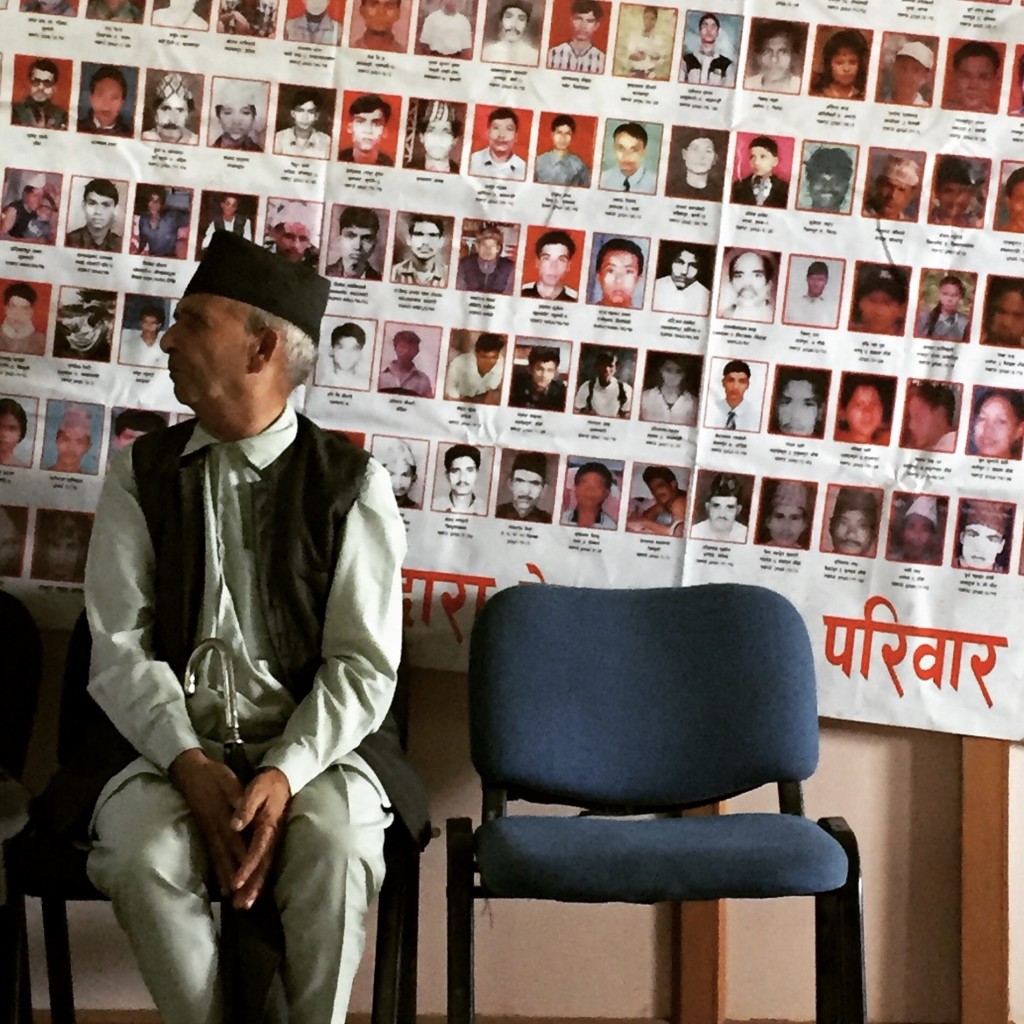 A large part of NEFAD’s work is to collect the stories and testimony of families of the disappeared. Listening to these stories not only consolidates evidence of the crimes committed against Nepal’s civilians during the war, but it assures families that their pain matters, that their loved one’s abduction was neither deserved nor defensible.

Each disappearance inflicted a deeply personal, enduring tragedy on the families left behind. Now, ten years after the conflict, the most common emotion I encountered during interviews with these families was weariness. They have told their stories over and over again. Foreign experts and experts-in-training like myself come in and out of Nepal, gathering stories as data for their studies. Journalists use these stories so they can put a human face on the stalled peace process of a forgotten war. Eventually, everyone moves on. Always, the victims remain. The conflict ended ten years ago, and the 1500 families of the missing are no closer to an answer.

During an interview, Laksmi Bhandari told me: “All I want is my husband back. If they can’t bring him back to me alive, I want them to return his body.” I listened, helpless. Laksmi and the others knew they were sharing their stories more for my benefit then for theirs. For the past ten years, they have repeated their stories. Activists have lobbied for reform. Despite rulings from the UNHCR, Nepal’s supreme court, and the counsel of dozens of international NGOs, the peace process in Nepal remains stalled.

In November, the Comprehensive Peace Agreement that ended Nepal’s civil war will turn 10 years old. In the last decade, Nepal has undergone multiple political transformations, seen prime ministers come and go (and return again), and slowly, reluctantly, set up mechanisms for addressing crimes committed against civilians during the conflict era. Since its founding, the Commission on the Investigation of Enforced Disappearances has collected testimony from over 2000 individuals victimized by enforced disappearance, though activists are skeptical anything will change once the recommendations are released.

Faced with political inertia, NEFAD has focused on supporting victims of enforced disappearance in other ways. They arrange ways for survivors to meet, through conferences and rallies, for mutual support and solidarity. They educate people who were not affected by disappearance on the struggles those who were face. Through the Advocacy Quilting project, they are offering a way for women to generate income to offset the economic challenges they face as a result of disappearance.

Overwhelmingly, though, what families need most is the truth. This brings us back to the stories and testimony of the families: If relatives and advocates stop speaking out, the victims of enforced disappearance risk being completely forgotten. Finding out what happened to the missing is important not only to bring closure to families, but also to tell the unflinching history of how Nepal survived ten years of violent conflict. As painful as it is, repeating these narratives ensures that the stories of the disappeared are written into Nepal’s history. NEFAD’s work helps families bear this burden of memory.