This weekend, I had the pleasure of visiting a bee farm just outside of town, which is owned by GDPU Local Coordinator, Ojok Simon. As you can imagine since I am dedicating a blog post to it, this bee farm is more significant than your average one. When I learned of Simons plans to expand his bee farm and to eventually create a place to train and employ visually impaired people, I knew I had to check it out. 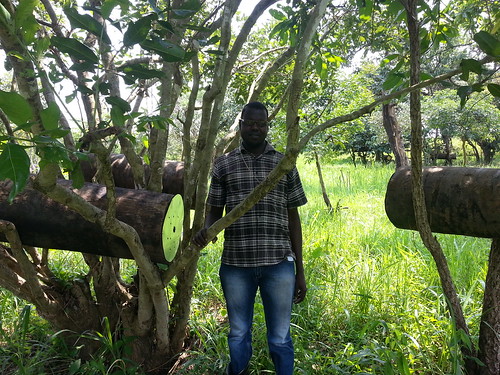 Simon himself is visually impaired. When rebels attacked his home in 1989, as they searched for children and boys in particular, the rebels seeing Simon’s attempt to flee hit him multiple times in the side of the head with the blunt end of a gun. Due to lack of proper medical attention his left eye progressively went completely blind. His remaining right eye suffered damage as well and as he describes it, his eyes lens was forced partially upward and has since stayed that way. After this traumatic event, one would hardly blame Simon for pitying himself and allowing his disability to leave him resigned to a life of poverty. However, in keeping with the common spirit of PWDs in northern Uganda, Simon moved forward undeterred by his newfound disability. Although legally blind by 1993, Simon learned brail in one year and joined a blind branch of high school in Gulu. 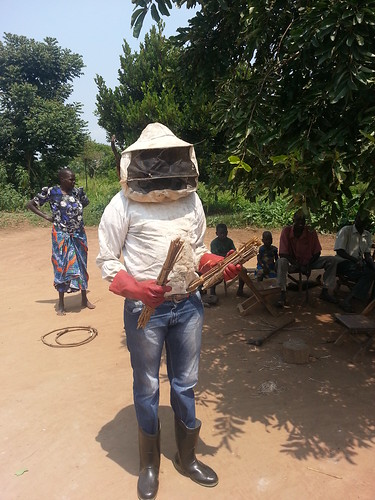 Fast forward to 2002 when Simon with the help of the Uganda National Association of the Blind (UNAB) obtained a brailing machine and started school at Lakeside College in the capitol city of Kampala. Here, Simon honed his skills on a typewriter, which made assimilating into this school much easier with his non-brail using cohorts. He went on to graduate in 2007 with a bachelor’s degree in development studies, becoming the first visually impaired person in Gulu to finish this level of schooling. A number of blind students, inspired by Simon, followed his path to the university. 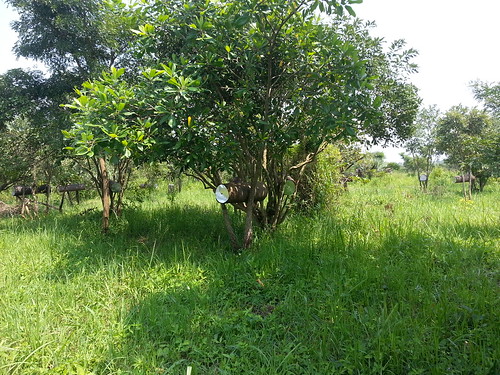 So, the bee farm. After viewing many people with disabilities in his community while implementing a disability rights project, he sensed the skeptical mindset of able-bodied individuals towards employing the blind. Knowing that 80% of the population in Uganda relies on work in agriculture, Simon saw an opportunity. He had become interested in bee farming seeing how cheap it was to start, maintain, and sell the honey to needy consumers in Uganda. Couple this with the fact that it was positive environmentally for the bees who would pollinate other nearby plants and Simon knew he had the opportunity to do something great for his community. 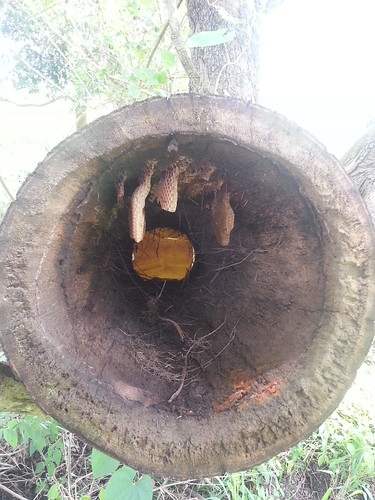 Simon came across Kanthari, a group that was accepting applications for social entrepreneurship training, which he quickly moved to attend. Here, he learned basic skills of entrepreneurship that he could spread to those coming to him to learn the trade of bee keeping. Simon has now co-founded a company called HIVE Uganda Limited. This fully registered companies target is for blind people to become partners, train with Simon, and start their own bee farms. 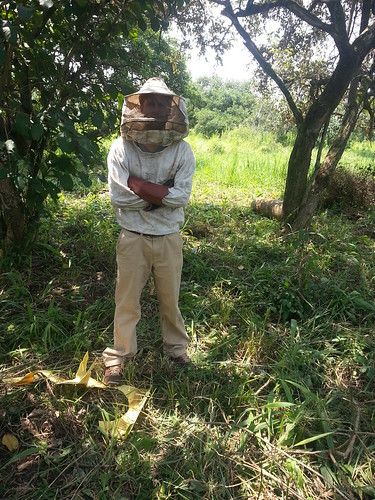 I am happy to report that the first training will commence in mere weeks for 15 local blind people who in addition to the training will receive materials to assist them as they start their own bee farms. With another planned training of 15 more individuals in 3 months, Simon plans to have 30 independent bee farmers operating by the end of this year. After becoming friends with Simon the past two months at work, his idealism and selflessness is always evident behind any endeavor he undertakes. He speaks of this project as his duty for people with a similar disability to himself. He sees this process as an important step in moving the blind towards gainful employment and social inclusion and after seeing it work successfully for him first hand, I couldn’t agree more.

Check out the video below that I put together. Simon shows me around his bee farm and explains himself his big plans for the future.