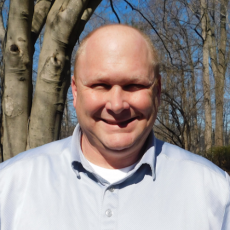 Born in Arkansas, raised in North Louisiana as well as New Orleans, Spencer was always an energetic and adventurous person from the start. Spencer has had many outdoor adventures, including hiking through the trails in the Olympics outside of Seattle, and the Black Hills of South Dakota and traversing the United States in multiple cross country trips. Upon joining the US Navy in 1999, his worldly adventures only increased, with deployments to SE and SW Asia along with many many months spent out to sea enjoying an uninhibited view of the stars and the oceans. His venturing outdoors continued by taking on of snowboarding as a hobby to coincide with rugby. Since then he has snowboarded in 7 countries and played rugby in 8. Recently, Spencer graduated from George Mason University with a Masters Degree in Public Administration concentrating in Non-Profit Management at George Mason University. As Spencer's graduate school experience is reaching its final semester, the door opened up for humanitarian work and the ability to apply by learned skills and acquired knowledge to the world around him. Life is about the journey, much less about the destination.


The Abaka Community Springs into Action

This is a school and community that GDPU and the Advocacy Project were destined to support, for I have never seen a group so motivated and ready to work; ready for action. The speed and quickness in which we went from the introduction and planning stages to putting scythes and spades to the ground was head spinning and left me astounded.

It did not start out so quick and promising, as the planned 10 o’clock meeting did not get underway until a little after twelve, as it seems that in Uganda, people don’t ‘keep time’ as Americans do; in fact, their punctuality is not a bragging point. But that is part of the culture, and something one has to accept if one is to work and succeed in Uganda. As we waited patiently by our truck, Patrick and I discussed how in America if you are late you are supposed to feel ashamed. In fact, during my time in the service, we lived by the phrase ‘if you are not early you are late’.

Once the community and school leaders arrived, numbering 20 people, excluding Patrick and I, we gathered in a circle beneath an olam tree and took advantage of the shade to begin our discussion.  There was an introduction, where each attendee gave their name and position, whether a town leader, member of the Executive Committee, teacher, member of the PTA, GDPU, AP, or simply a concerned parent.  Everyone was welcomed for attending by the Head Teacher, Joseph, and a short prayer was recited as we bowed our heads. 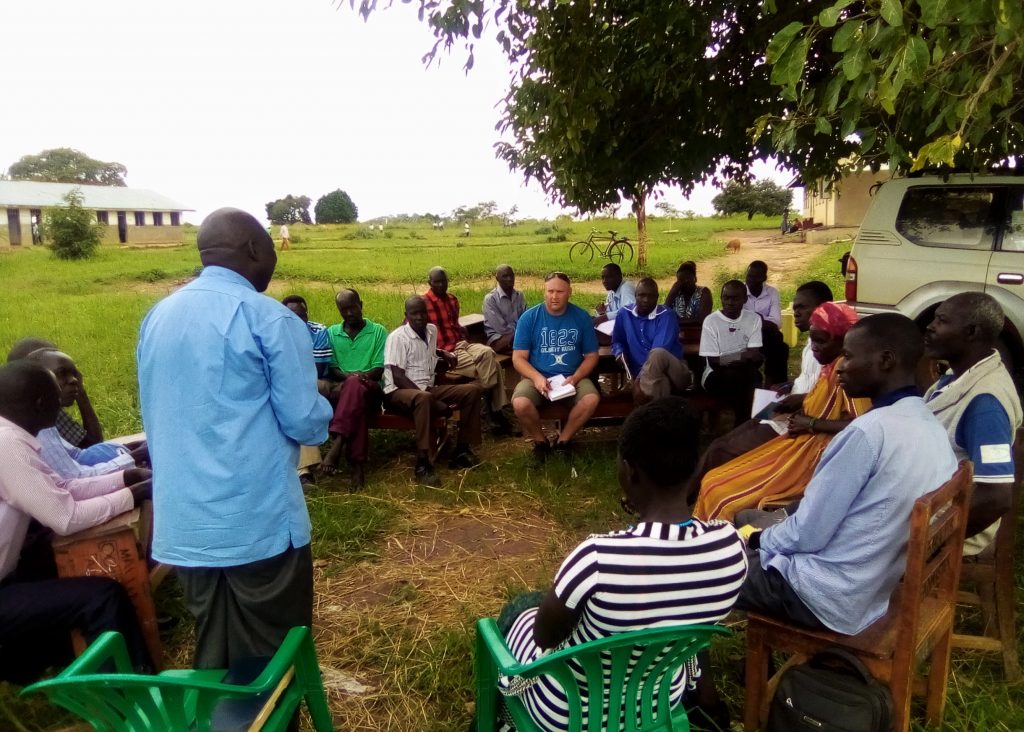 Meeting with Abaka leaders and parents under the olam tree

Then one of the most effective meetings I have ever attended took place. Patrick Ojok, the leader of GDPU, explained the latrine model for Abaka and what they, and The Advocacy Project, were offering in a clear, concise manner. One latrine, with four stances, two for boys, two for girls, with the engineer, David, on hand to go over any specifications and answer any questions. The inclusion of wheelchair ramps and stability bars for disabled children was emphasized and the question of designation of the latrine as a girl’s or boy’s facility was left for the group to decide.  Dimensions of the latrine pit were discussed, and the demands of the parents were also brought to light. One thing, the main thing, that invigorated the parents was the fact that GDPU and AP were coming to them for suggestions and consultation. The District of Gulu only sent materials and a construction crew to the school to build a latrine of its specifications, without any consultation or discussion with the parents.

It took a matter half an hour for selected speakers to voice their opinions. One suggested that the latrine include a separate ‘changing room’ for girls and an incinerator to burn toiletries and waste products as to not clog the drain. With the incinerator issue being shot-down by Patrick, as it was not in the budget, the final three speakers suggested that we forego the meeting and get to work. The planning was over, it was time for action. They were fed up with the District of Gulu constructing a faulty latrine (reference The Abaka Latrine: The First Steps) that was deemed inoperable by the District Engineer soon after completion.

Without hesitation the group walked about 30 meters from the meeting spot and took to scythes and spades to begin clearing out an agreed upon suitable spot. Within a matter of minutes, David had measured off a latrine area by stakes and rope, and the new latrine had its intended place on the grounds of Abaka Primary School. The speed, determination, and decisiveness of the Executive Committee, PTA, and townspeople was astounding. With the leadership of the Executive Committee, the commitment of the PTA, and everyone’s absolute dedication to inclusivity, this project will no doubt be a success. 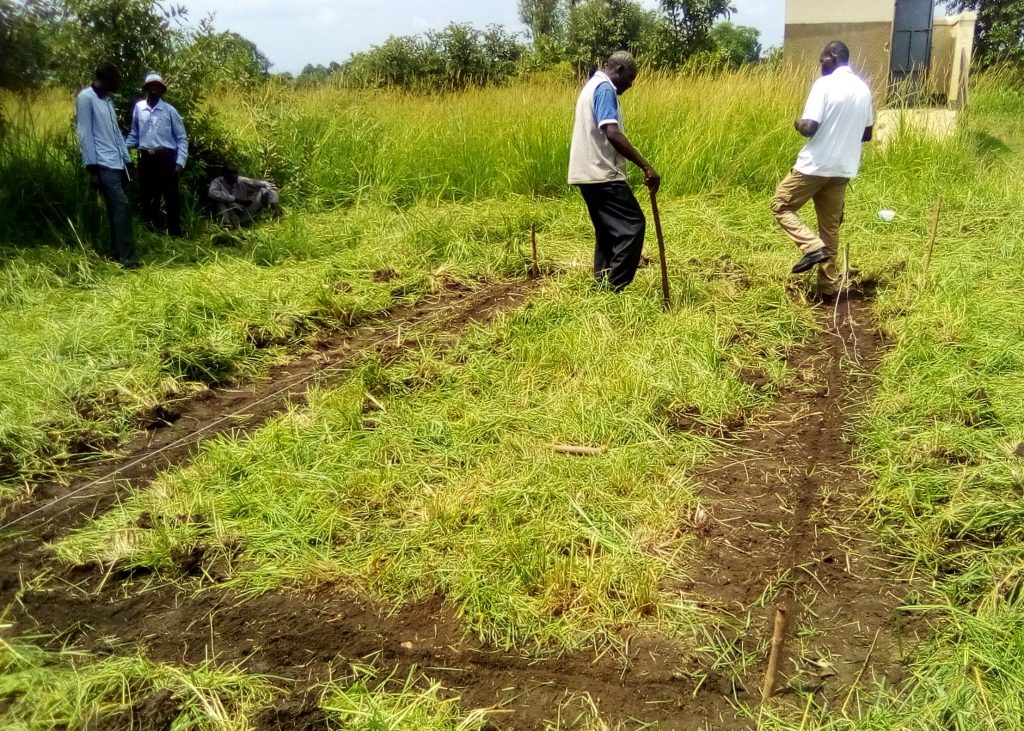 David, the Gulu District Engineer, measuring out the location of the new latrine

It all comes down to inclusivity, which implies ownership of the latrine project by the parents and the school for the ensured safety and health of their children. GDPU and AP approached the parents and the school for ideas and suggestions, and asked for involvement, which was the exact opposite methodology of the District of Gulu. The District of Gulu forced a faulty, useless latrine upon a school that was in dire need of proper facilities. As Patrick said a week ago when I first arrived, motivating the parents was the hard part, but based on what I witnessed in a few short hours, it was a smashing success. By the time David and I return on Wednesday, there will be a 3-meter deep, 2.5 meters wide, and 5.5 meters long pit dug to completion. This is teamwork, and this is what The Advocacy Project is all about. A job well done in one short afternoon meeting.