THE ART OF BAKING

What would an afternoon of quilting be without a wholesome snack?

Our featured recipe today is a pie, known in Romani by the name Savijako. In Russian (and the consequent English translation), however, it is referred to as “Gypsy pie”. It is a common treat for holidays such as Easter and Christmas, as well as wedding parties. There exists much variation from family to family in the preparation of Savijako; the following recipe is according to the kitchen of Anžela. 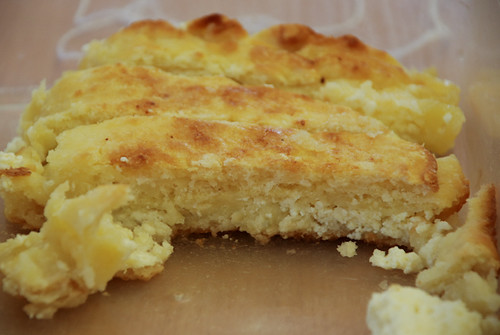 In a bowl, mix the yeast and the milk (or water).

Add the egg(s), salt and sugar.

Roll dough out to make a thin, flat, circular layer.

Flip both ends of the surface in to meet at the center (or, as was the overwhelming consensus: it’s easier to roll).