The Kikuyus’ Stories on the Aftermath to the Violence

“We have been forgotten by the government after 2007 election violence.” Said a young Kikuyu woman, mother of two young children in the Eldoret IDP Camp.

During the most turbulent two months after the 2007 election, most Kikuyus in this region moved constantly from shelter to shelter, relying on the aid offered by their relatives and churches.

About six months after the violence, most IDPs had moved to camps across the country, such as the IDP camp in Eldoret where the tents were being supplied by the Red Cross, Catholic Relief Services, and USAID. The Kenyan government made a one-time grant of only10,000 shillings (US $130) to each household in order to cover lost or destroyed household items. And up until March this year, IDPs had been receiving food rations from the Red Cross amounting to 24 kg flour, 2 kg soybeans, 2 kg porridge flour and 1 litre of food oil per family of four per month only.

“We had to calculate exactly how much we use for each meal, but we were lucky compared with the families who have older kids.  My younger kids did not eat as much, one is six and the other one and a half years old,” the Kikuyu young mother continued.

“That time, we even had to pay a fee to use the private-owned toilets nearby.” The mother-in-law of the young mother continued, “We were basically living in filth until the mentors of Ripe For Harvest brought us some clothes donated by their university schoolmates. They also assisted us in digging ditches around the tents to reduce mosquitoes and relative diseases.” 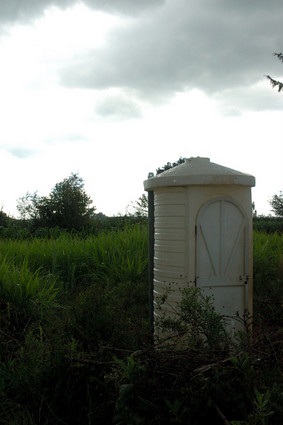 The Kikuyus also endured intense emotional trauma in the 2007 post-election violence. “We felt we were betrayed by our Kalenjin neighbours—they guided the Kalenjin youth to burn our house.” The mother-in-law of the young mother said. “We [Kikuyus] had intertribal marriages with Kalenjins. But after the violence, a Kikuyu woman who had married a Kalenjin man was chased away by members of the Kalenjin family.

Today, while most families who live in the Eldoret Camp have resettled in their own lands, many are still fearful, and feel that they live in a hostile environment among their Kalenjin neighbours. When we asked them about the effect of reconciliation meetings between Kikuyu tribe and Kalenjin tribe held by the local government after the violence, most of the Kikuyu refugees said it did not work as most Kalenjins who participated in the meetings were either forced to come or came just for material handouts.

When we asked the refugees what they thought about their Kalenjin neighbours now, the Kikuyu women in the camp said, “We want to forgive them as we are all living in the same land.”

However, Kikuyu men said, “We are tired of forgiving—local Kalenjins attacked and harrased us after every election since 1992. They destroyed, we rebuilt. They destroyed, we rebuilt. Now we are old, and we cannot afford to spend what remains of our lifesavings rebuilding. Let justice be done and the perpetrators punished. Otherwise, how can we feel safe doing anything to restart our day-to-day lives?” 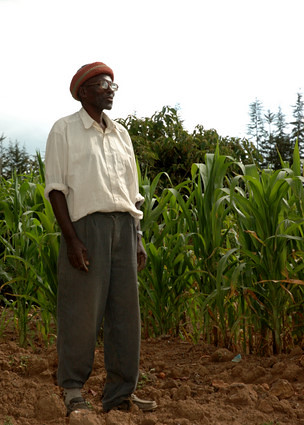 The Kikuyu women’s desire to forgive is admirable, but there is sense in what the men’s demands for justice. Will justice be delivered through the International Criminal Court?