the op ed I submitted to Belize’s main papers…

With all the catastrophic oil spills that have happened around the world, one might assume that energy companies and regulators have learned their lessons, but that couldn’t be farther from the truth.

After every disaster, there’s talk of strict laws, enforcement, and oversight. Talk. Indeed, some good measures are put in place, but they’re undermined by cut corners. BP surely had an assortment of impressive measures in place when, as a White House report concluded, it took cost-cutting measures that increased the risk of a blowout.

But now let’s look at Exxon, since that’s who recently spilled tens of thousands of gallons of crude into the Yellowstone River in Montana.

I used to live in Valdez, Alaska – a small town made famous by the Exxon-Valdez oil spill, in which tens of millions of gallons leaked into the Prince William Sound, killing more than 100,000 birds, otters, seals and whales. Working for a local radio station 20 years after the disaster, I interviewed subsistence and commercial fishermen, hunters and tour boat operators about the tragedy. Some still teared up talking about the sight of the flailing oil drenched wildlife.

Litigation took so long that many affected by the spill died before seeing any of the compensatory and punitive damages they were owed. Even for those who did receive thousands of dollars, what the spill had taken from them would be lost forever. After the accident, nearby Native American villages emptied out. Residents were forced to abandon subsistence lifestyles, join the cleanup effort, and then seek jobs elsewhere, precipitating the loss of already endangered languages and cultures. Families were also casualties of the spill, as instability, unemployment and depression broke up marriages.

Today, Prince William Sound looks pristine again, but tar balls continue to cling to the sand of some beaches, and the herring population has never rebounded.

Meanwhile, locals are terrified of another spill – not so much from another tanker in the Sound as from the pipeline that runs through Alaska and across precious wetlands upon which moose, bear, salmon, swans, and millions of shorebirds depend. And there’s good reason to be terrified. Spills along other parts of this pipeline are, in fact, a common (and often unpublicized) occurrence, with thousands of barrels leaking due to corrosion and accidents.

And then there’s the latest large spill, on the Yellowstone River in Montana. The cause of the crack in the pipe under the river is still unknown, and it took the company an hour to stop the leak. By that time, some 42,000 gallons had spilled into the rushing water. With the river flooded, oil coated lawns, farmland and ponds. Among the affected are fishermen (the river is known for its fishing), farmers (who use the river for irrigation) and neighbors (who worry about health effects of inhaling fumes from the spill). But the scope and severity of the impact is not yet known. Oil has been found more than 270 miles downstream.

Now let’s return to Belize. If such a disaster can happen in the United States at the hands of one of the world’s richest and largest oil companies, what does it indicate about the risks of oil exploration by a small private company in a country like Belize, where laws and enforcement are far more lax? 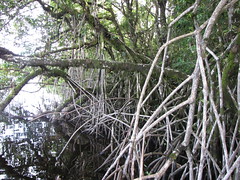 Texas-based US Capital Energy (USCE) has been exploring for oil within the Sarstoon Temash National Park, cutting seismic lines that cross both Sarstoon and Temash rivers, and many creeks. If a spill were to happen in this area, the impact on the nearby wildlife and villages could be catastrophic. The park itself is home to threatened and vulnerable species, like the West Indian Manatee, the Hickatee Turtle, and the Morelett’s Crocodile – all of which could be directly hurt by a spill. This is one reason that the convention on wetlands in Ramsar, Iran, designated the park ‘a wetland of international importance.’ And oil in the Temash would surely spill into the ocean and reach the barrier reef, which lies just some 50 miles offshore – a small fraction of the distance oil has traveled in the Yellowstone River. Finally, as in Alaska, small, nearby indigenous villages would be most affected by any harm to this natural environment.

And yet, protection of this precious area is anything but guaranteed. The Belizean government is so blithe to health, safety and environmental risks that it didn’t even demand an Environmental Impact Assessment for USCE to explore there until it was required to by a Supreme Court ruling (SATIIM vs. Forest Department). It is this very administration, along with the determined but cash-strapped Sarstoon Temash Institute for Indigenous Management (SATIIM), that is charged with protecting the park.

The prospect of oil in one’s backyard can spark the imagination, eliciting hopes of quick development and wealth, an escape from the hardship of daily life. USCE might indeed build a swing set or a building to house a clinic and bring some computers to a village. It might also provide some temporary jobs and pave a road, but the real long-term and irreversible impacts just might be environmental, economic, and cultural devastation.

Corporations and governments might not learn from past mistakes, but the people who will suffer from them have a responsibility to study, learn, and join together to demand their own protection. 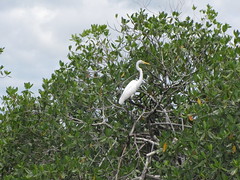