The Two Faces of the “Pearl of the Indian Ocean”

Any guidebook on Sri Lanka will justifiably list endless quotes from historical, literary, and religious figures who have exalted the island’s utopian beauty.  Visitors have always played an important role in Sri Lanka—and now, in the post war context, the government is working hard to lure foreigners back to its beaches, rain forests, and ancient cultural monuments.

Personally, I have complicated feelings about traveling the island as a tourist.  This weekend I went to one of the Sri Lanka’s most visited sites, The Temple of the Tooth.  Buddhists and tourists from all over the world journey to Kandy to worship Buddha’s tooth, to take in Sri Lankan cultural dances, and to swoon over baby pachyderms at the near-by elephant orphanage. 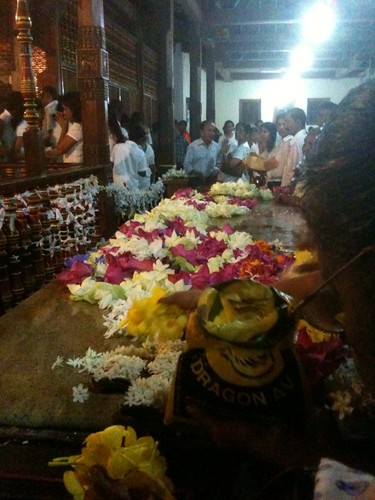 But this tourist experience only captures a small part of Sri Lanka’s reality.  Human rights abuses, ubiquitous militarism, and resistance to international human rights mechanisms persist in this paradise.  Right now the government is detaining tens of thousands of “potential LTTE conspirators” in camps throughout the country.  The government has not informed them of the reasons for their arrest, given them an opportunity to challenge their detention, or provided them with access to family or legal counsel.  Even as families of the disappeared fear the worst, the government will not release the names of the people in the camps.

This week the government announced plans to build eight new detention camps.  A leader of one of Sri Lanka’s opposition parties said that these camps “are to imprison those who protest against the political views of the ruling party.”  Messages out of existing camps paint a grim picture of corruption, sexual abuse, and torture.  One detainee wrote that he didn’t know if he would be released…or shot.

Tourists I’ve talked to remember the 2004 tsunami, but the decades-long war seems like an after-thought.  Although they pass  multitudes of AK-47 wielding soldiers on their way to the beach, visitors to Sri Lanka  remain largely oblivious to current and past violence in Sri Lanka.

The foreign visitors who could rally international pressure on Sri Lanka’s government experience a sterilized, one-sided vision of the post-war paradise.  I’m not anti-tourist; I’ve been a tourist for most of my adult life.  Tourism employs a significant number of people, fosters cultural exchange, and boosts the economy.  However, in this environment of continued militarization, extreme resistance to international human rights organizations, and massive secret detentions, Sri Lanka’s tourism industry may paint a dangerously unrealistic picture of the country. 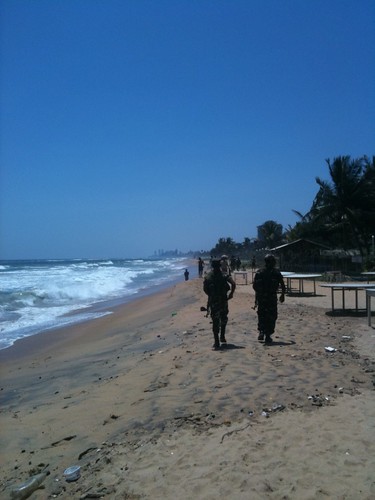