TIPTOEING IN A GOOD DIRECTION

It’s Tuesday evening, the sun is slowly making it’s way down behind the Vilnius skyline of church towers, and the phone starts playing a classic Nokia tune – who else, but the Ministry of Education!

A couple weeks ago, when we had met to speak about Roma education in Lithuania, we had discussed the upcoming European Day of Languages (26 September) and how it might be possible to incorporate the Romani language into an activity for Roma and non-Roma schoolchildren. In fact, Ona Čepulėnienė, Senior Specialist at the Ministry of Education, called to invite me to the Day of Languages celebration at the Lithuanian school attended by children from Kirtimai. While this school has been celebrating the event now since 2001, this year was the very first time that the Romani language was showcased- and it was quite the success! There were phrases taught, Savijako tasted (albeit a different recipe, compliments of Božena), and a dance presented that thrilled classmates and teachers alike. 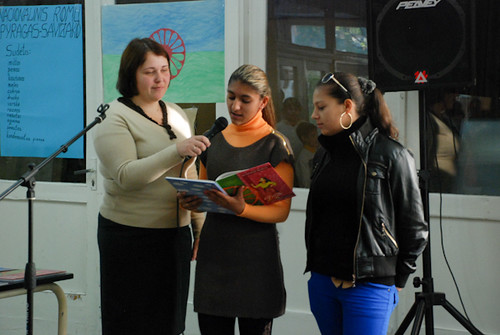 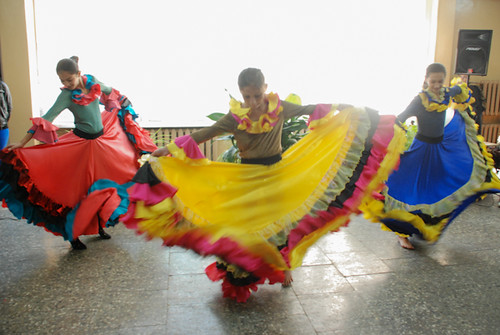 The quilting group is progressing in leaps and bounds; the Peace Quilt is nearing its completion and the women have begun embroidering souvenir pieces to compliment the themes of the quilt. There’s a lot of enthusiasm and a lot of hard work. Gražina Sluško, Senior Specialist at the Ministry of Culture, even stopped by to take a look and speak to the women about opportunities for cooperation on future events promoting Romani culture, perhaps even this coming International Roma Day (8 April). 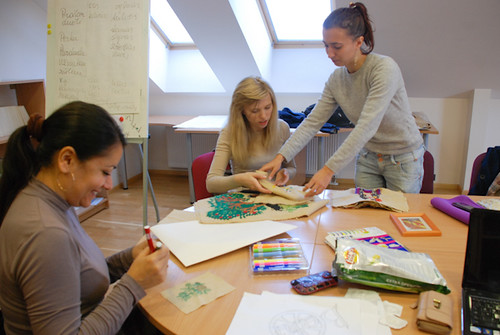 A Visit from the Ministry of Culture

On an entirely different front, the Genocide and Resistance Research Centre of Lithuania is adding 2 August, the International Roma Holocaust Remembrance Day, to its list of Memorable Dates and Anniversaries. While it’s still far from official recognition, it’s another step in the right direction!