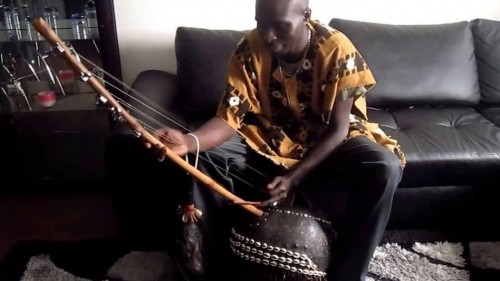 One Saturday afternoon a few weeks ago, I drove to Nafadji, a neighborhood on the outskirts of Bamako, with my housemate and her husband to check out a dance troupe. I had previously mentioned to my housemate that I was interested in taking a traditional Malian dance class.

With so many different ethnic groups, Mali had many different styles of music, a keen interest in daily articles about country music and life, and dance. This group’s style of dance turned out to be exactly what I was looking for – Mande music and dance. The Mande people (which includes the Bamana, Mandinka, and Maninka groups) make up 50% of the Malian population.

When speaking with the leader, Djibi, at the end of the session, I learned that he knew a man I had taken Malian dance classes with in Boston, Joh. In fact, his father, a prominent dancer, was the one who first took Joh to Boston. It is a small world indeed!

We have been dancing for a couple weeks now, and so far we have learned three dances – Tansole (a djembe rhythm), Madan (a djembe song and dance), and Soungouroubani, (soungourouba is a young girl who has reached adolescence, and soungouroubani is when the men in the village go looking for girls to celebrate them and dance with them). 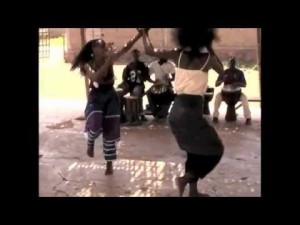 All three are very high in energy with lots of fast footwork and shoulder/chest movement. It is very different from traditional dance in Botswana, borankana, which is mostly footwork and does not involve the upper body much.

In the past few weeks I have also been to a few live music shows, most recently to see Sidi Toure and his band. Sidi Toure is a Sonrhrai guitarist and singer from Gao, in Northern Mali.The Sonrhai make up 6% of the population. His sound is very distinctive and reminiscent of the African Americans blues sound popularized by Tomboctou born musician Ali Farka Toure. In fact, the blues is said to be derived from traditional Sonrhai music. 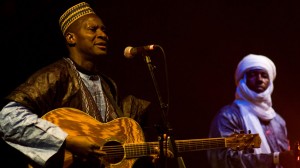 I have also seen Sadio Sidibe, a female singer, dancer, and choreographer influenced by the griot tradition and the popular Wassoulou singer Oumou Sangare. Wassoulou music is mostly performed by women and its lyrics tend to explore topics such as childbearing, fertility, and polygamy. It is usually accompanied by the djembe drum, kamale ngoni (lute), and other instruments. It originates from the Wassoulou region, mostly populated by Bamana people. 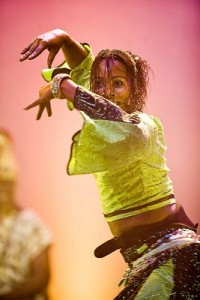 I look forward to learning more about this country’s rich musical culture. Stay tuned to hear more about how dance classes are going!