During my first semester of graduate studies, I took a class entitled women’s rights in cross-cultural perspectives. This class revolutionized my understanding of women’s rights and informed my role as a future development practitioner advocating for women’s rights in a different cultural context. A key question drove this course: how are human rights norms translated at the local level without imposing on local populations and antagonizing local practices?

In the development field, various schools of thought have debated this issue. As such, universalism –which states that despite great diversity among us some basic human needs must be guaranteed to all human beings– has come under heavy criticism by proponents of ethnic relativism. The latter argues that human rights are Eurocentric and imposed by the West in order to perpetuate colonial hegemony. Supporters of universalism counter this argument by explaining that “so-called” cultural practices are used as a smokescreen to allow harmful cultural practices such as Female Genital Mutilation (FGM) to persist.

Cultures are not stuck in time and unchangeable; culture is a living entity. As such many health campaigns to stop FGM practices have met lasting success in various rural areas in Uganda for example. Nonetheless, it is very clear that practices that favor a dominant group within a society are extremely difficult to challenge. 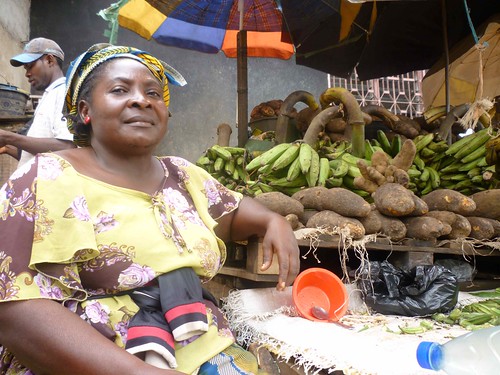 At the Sandaga Market, men traders feel threatened by the rise of UCOMAS. They know that if UCOMAS achieves one of its main objectives, which is to inform women about their basic rights and teach them how to advocate for themselves, they will lose their economic monopoly. Effectively, men traders at the Sandaga market are the primary recipient of the merchandise coming-in in from the country side. They buy substantial amount of merchandise from the rural farmers and then resell smaller quantities to the women traders who are prohibited from buying in greater quantities. Women traders are starting to stand up against this unfair practice. As Therese Leukeng explained in one of her interviews, “I know I am a woman but it does not mean I will let myself be walked all over. When I need to ask, I ask; when I need to demand, I demand.”

I am a firm believer that all human beings have inalienable rights. What I hope to see more in the upcoming year is the shaping of a real international forum where the voices of human rights activists and development practitioners from all corners of this world are heard and respected.

Women in the developed world do not have the monopoly over advocating for women’s rights; to the contrary, women in Africa, Asia, Latin America, the Middle East and Eastern Europe have a sheer amount of expertise to share and a lot to teach us. A case in point is Ms. Kah Walla, director of Strategies! and City Counselor of Douala First, who assessed the problems at the Sandaga market and decided to apply for the Vital Voices grant in order to provide leadership and business training for the women traders. As Ms. Kah Walla explains, “it all stemmed from an observation” which led us to a great struggle or as AMA co-Manager Annick would put it “un accouchement difficile” (a painful labor) of UCOMAS. A year ago, having a women market traders’ association was unthinkable, today it’s a reality. 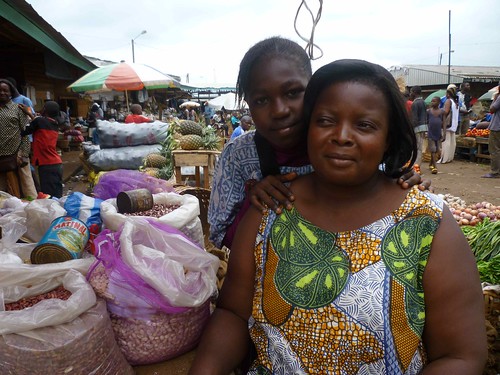