Backward Society Education (BASE) is usually described by its members and supporters as a nongovernmental organization (NGO) that implements development programs. After my stay in Tulsipur working closely with BASE, I realized that BASE is much more than that. It is a powerful social movement that is transforming the Tharu society and the socio-political relation between the Tharu and high caste Hindus in five districts (Dang, Bardiya, Banke, Kailali and Kanchanpur) of west Nepal.

With more than 300,000 active members, and a staff of 262, BASE is, by far, one of the largest NGOs in Nepal. It is also the most successful. No other NGO in Nepal has been able to mobilize as many people as BASE to actively and effectively implement development programs. BASE, especially in its early stages, also encountered intense opposition from certain members of the landed ruling class in all five targeted districts. BASE’S leadership has since used various strategies that have largely neutralized this opposition.

BASE’S success contains important lessons for both Nepali NGO staff members and expatriate development workers; especially those who are working with oppressed, impoverished ethnic minority groups. My primary reason for writing this blog is to pass these lessons on through a short account of BASE’s institutional development. A secondary reason is to continue to raise awareness about some serious human rights problems (bonded labor primary among them) that exist in BASE’S five target district. Another reason is to generate interest about grassroots leadership in other parts of Nepal. This is a very important aspect of Nepal’s development, and yet surprisingly little has been written about it. There is much that development professionals can learn from BASE’s very effective leadership. 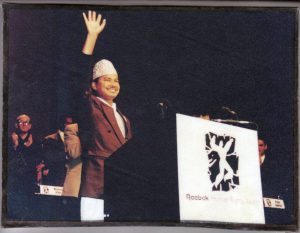 Dilli Chaudhary ~ Founder Of BASE 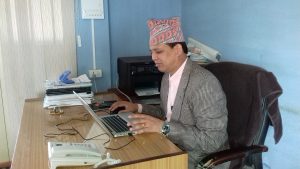 Churna Chaudhary ~ Executive Director Of BASE

In the directed leadership of these two, BASE has been able to achieve the following;

There are several reasons for the tremendous support that BASE has received from the Tharu in western Nepal. Because of severe poverty and repression there was a tremendous pent-up need for the programs offered by BASE. Literacy, economic self-sufficiency, organizational strength and a capacity for rational, well-executed political activism are well empowering. Dilli was able to communicate this to the Tharu. With the generous help of many donors, BASE has been able to implement programs that have given the Tharu these resources.Decentralization has given BASE members the authority to design and implement program that address the specific needs of their community (at the village, area and district level,) this policy fosters a sense of  responsibility for, and pride in, BASE program among the organization’s members.Participation ion BASE programs in a real source of status for the Tharu as it makes them appear progressive to the Nepali society at large.

As BASE’s membership has grown (to the point that the majority of the Tharu in hundreds of villages are BASE members) the peer pressure to join BASE activities has increased accordingly.

Dilli’s extraordinary personal qualities and leadership skills have motivated many Tharu to join BASE. He has unshakable strength and commitment that has withstood beatings, imprisonment, destitution and extended periods of isolation. Dilli also has tremendous confidence and a certain regal bearing which along with his intelligence, political acumen and communication skills have won him the utter devotion of the Tharu in western Nepal.

Dilli also has excellent interpersonal skills. He is always in complete control of his emotions and brings a remarkable combination of humility and assertiveness to his interactions with people. Dilli is strong enough to state what he believes in no matter how powerful the other person might be, and how much they might disagree with him, and he always treats people with courtesy and

respect. I have never heard Dilli speak in a condescending manner to anyone. Dilli’s brilliance for communication has been a major factor in maintaining the solidarity and spirit of political activism that has made the Tharus’ grassroots movement so popular, powerful and dynamic. For, example, under Dilli’s direction plays were performed several times a year in Tharu villages. These plays depicted oppressive landlords, bonded laborers, theft of Tharu land and the subsequent mass migration of Tharu out of the Dang valley. These are powerful symbols which, through effective public portrayal, are recharged with meaning, reminding the Tharu of what they are fighting for, and against, and thus maintaining the dynamism of their movement.

Dilli also brings his gifts of communication to one-on-one interaction with people. Dilli’s network of supporters includes people from many different countries. And even his Nepali backers include people from a variety of ethnic and caste/class backgrounds. And yet Dilli is usually able to communicate with all of them with an equal degree of effectiveness. One thing Dilli does is not tell people a lot about what he has done but emphasizes the showing of his achievements. Dilli does not verbally describe the literacy classes, income generating and health program activities, motivation of BASE members, or other aspects of his organization. He requests that all his visitors are taken out to the villages, shown BASE’s programs in action and lets them decide for themselves what BASE has achieved. And when Dilli does describe his organization to people, he usually does so clearly and particularly. I have never heard Dilli put his foot in his mouth or misrepresent himself or BASE in any way. When he decided to pursue a political career, he brought in Churna, who shadows his in every sense of the way.

Churna is a very mature and has remarkable moral fortitude. He has remained uncorrupted by power despite implementing several projects that have received donations of large amounts. They both still lead a very traditional life-style and are in constant contact with the Tharu villagers who support BASE. They have shared all of the risks and rewards of working for BASE and this a major reason why the Tharu in western Nepal remain so devoted to both BASE and Dilli, as Dilli himself says, “I must continue to live and work with the people we support. If I was to abandon their way of life or stay out of contact with them for an extended period I would lose their trust and never regain it.”

Dilli also has tremendous political acumen, which has manifested itself in a variety of ways. For example, Dilli has done a masterful job of building up a strong network of supporters (from several different countries and Nepal). These include officials (both expatriate and Nepali) from various development agencies, Nepali civil servants, (including policemen, agricultural technicians and engineers), scholars, lawyers, diplomats (including Bangladesh’s ambassador to Nepal), social workers and tribal rights groups. This diverse array of supporters provides Dilli with different kind of resources, including financial support, training, advice and legal-political clout and protection. Dilli also has an uncanny ability to accurately judge people’s character and professional potential very soon after meeting them. This has enabled Dilli to consistently make good decisions about who to cultivate a professional relationship with, and who to avoid. As a result, BASE has benefitted tremendously from those individuals who Dilli has recruited to provide the organization with technical, political and/or financial support.

Dilli and Churna are both amazingly precocious leaders. However, it is important to note that Dilli’s father was also a very successful, gifted leader who served as Padhan Panch (equivalent of Mayor) of Tulsipur, and later as a member of the Jilla Panchayat Samiti (District Governing Council). Dilli’s father’s reputation as a leader was so good that many people, including important government officials, used to come to him for advice. Dilli’s whole childhood can be seen as a “political apprenticeship” where he learned the Art of Leadership under the tutelage of his father and now has passed down his skills to his