I think there are certain things that are universal. There have been many moments during this fellowship that made me pause and think, “I have travelled thousands of miles and yet I recognize what’s in front of me so clearly.” It’s almost comparable to a form of déjà vu. A sort of cultural déjà vu – to be somewhere completely foreign and removed from all that you know, and then to experience something so familiar that you feel like you’re two places at once. Your feet are still planted in new soil, but your being is transported back home and you realize you aren’t somewhere completely new at all.

This feeling, the feeling caused by the things that are universal, causes shocks in the tiniest of everyday moments. I can’t quite finger when I first experienced it in Nepal. Maybe it was when I saw a father carrying his young daughter. He said something to her, bounced her on his hip, smiled, and looked for her reaction. I know that look – that’s the way my dad looks at me. It could’ve been the glare and the tone when Yunesh said, “Mom, stop,” when Indira piled food on peoples’ plates during our first meal together. It came when Dr. Karki spoke about medicine and healthcare, and it came when I saw him using a scalpel to do an operation just as it would be done in the US. But most of all, this feeling, the feeling caused by the things that are universal, was sprinkled over Care Women Nepal’s health camp in little, tiny, unexpected ways. 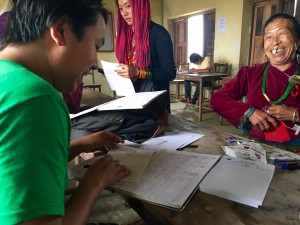 Maybe that’s the thing about the human body and medicine; it can be approached differently, but the concepts are the same wherever you go. There’s just this look in an expecting mother’s eyes when she’s told everything looks good, an expression of relief, joy, and love that isn’t limited to Nepal. There’s sound and speed of a fetal heartbeat. It should be a strong and bounding 120-160 beats per minute wherever you go. There’s the doctor so engrossed in her work that I’m a little worried she’s forgotten to breathe in the last ten years. The female anatomy is the same everywhere and there’s not a place in the world where a uterus should be coming out of a vagina.

There was the gynecological exam process itself that could’ve come from a “Vagina Owner’s Handbook.” The awkward undressing in a way that your shirt still covers as much as possible even though you know what’s coming. Getting on the table and the doctor’s gloved hand gesturing, “Scooch to the end of the table for me. More. More. More. Stop.” The awkwardly pained face during the examination, “Where do I look? My insides are being poked. I’m so uncomfortable.” And then what hit me the most was the women, some young, some old, who would get on the table and girlishly giggle and cover their faces with their hands in embarrassment and hold their knees together while the doctor tried to warmly reason with them. All of this captured the brutally personal nature of reproductive and women’s health. All of it – every step is crawling with exposure and exploding with reasons to blush. But it was so recognizable – every step of the way – so purely and obviously recognizable as something many of us have experienced. I could’ve been in a clinic in New Orleans, St. Louis, Boston. It was the same. 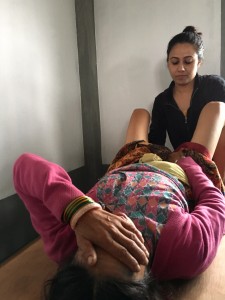 There are definitely things that are universal. Kids squinting at the bottom of the package to make sure there’s no more candy. The sadness when a childhood pet dies. The warmth of a mother’s touch. The domination Littmann has on the stethoscope market when you click here and try to find the surgical tool being made by any other company. The feeling of sliding on a pair of blue nitrile gloves. The sigh of relief that comes after everything you’ve planned comes to fruition. Many tiny things like this popped up at the health camp that were all strangely universal. 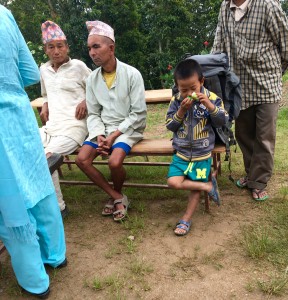 But then there are things that aren’t universal at all, things that are grotesquely lopsided and asymmetrical. Healthcare is undeniably a universal need, yet access to many forms of healthcare is not universal whatsoever. Obstetric fistulas have been eradicated in much of developed world. Yet, here in Nepal, a woman whose vagina had been leaking urine for the past 11 years sat before me. She told the doctors she vaginally delivered four kids after the birth that originally caused her obstetric fistula. I didn’t need to know the language to know it was due to pressure from her husband and a lack of adequate medical advice and guidance. There was no adequate healthcare during her 12-day labor that resulted in her obstetric fistula. There was no adequate healthcare after her botched C-section when her incision site got infected and herniated. None when she started to uncontrollably leak urine, and none over the next 11 years while she lived in shame. Nobody to discuss ways to treat her hernia and obstetric fistula, or to offer family planning advice or counseling. Her need for adequate healthcare is a universal one, but her access has been far from that. 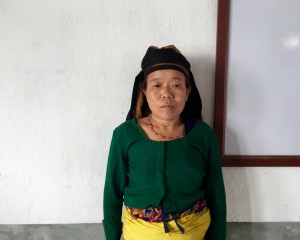 Then there was a 30 year old woman who had never delivered a child, but who was still suffering from third degree uterine prolapse. There was no preventative care that would’ve provided medical advice to mitigate risk factors for her condition. There was no yearly pap smear to catch her abnormally long cervix, which could have prevented or at least preemptively managed her prolapse. At 30, she will have her uterus and cervix removed. She must come to terms that she will never have kids. Her need for adequate screenings and reproductive care is universal, but her access has been far from that. 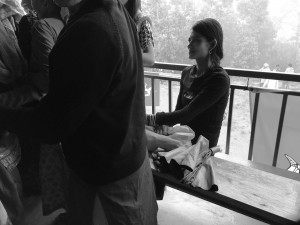 I could go on about the injustice of the manifestations of this lack of appropriate access – I could go on about what a fourth degree uterine prolapse looks like, one complete with a growth on the cervix and an ulcer on the uterus. I could go on about the feeling when that women gripped my hand and asked me over and over to tell her how bad it was. I could go on and on because I didn’t just see this once, but I saw variation of this 25 different times in two days. I saw how grossly lopsided and painful this burden is on the women of developing nations like Nepal. 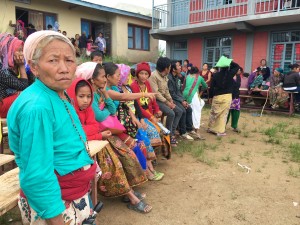 Neither you or I will know the feeling of keeping cloth in our vaginal canals until it disintegrates into pieces because we’ll never know the desperate need to keep our reproductive organs from leaking pus. We’ll continue putting off scheduling those uncomfortable pap smears (or avoid talking about them…*cough* men in the audience), but we will never fully know how privileged we are to have something like that to put off or ignore. We are so removed from the possibility of obstetric fistulas that we can pretend it’s a relic of the past, something modern medicine has defeated, or something that happens to women we will never meet in places so far away from us that it seems like it doesn’t really happen at all. 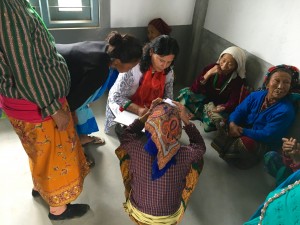