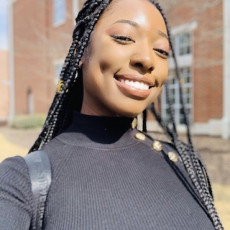 Cara Adams is a junior at the University of Illinois in Urbana-Champaign studying law, sociology and political science. She plans to utilize those subjects to craft an interdisciplinary approach to societal problems facing underprivileged communities. Cara has always been passionate about implementing innovative solutions to social issues and that is what brought her to The Advocacy Project. Cara is very excited to be working with young women to improve hygeine and resist child marriage in Zimbabwe, and is looking forward to helping women tell their stories through advocacy quilts.


WAP for the WIN

I couldn’t be more excited about the progress that the Women’s Advocacy Project (WAP) has made with their two new groups! They have developed a system of soap making that is both effective and efficient. The opportunities that WAP are providing for their participants inspires me, and sometime’s its a pleasant surprise. As a fellow for the WAP project in Zimbabwe, I want to garner awareness in the US for the problems that they face in their society. Mainly, child marriage. An article published by the advocacy group, Equality Now, details the reality of child marriage in this country.

Child marriage is defined as the marriage of a couple that is below the age of 18. This is actually legal in 46 states, and approximately 248,000 children were married between 2000 and 2015. 80% were married to adults.

It’s important to remember that child marriage happens across countries, cultures, and religion. Zimbabwe may be thousands of miles away but the problems that the Women’s Advocacy Project has been addressing is a lot closer than you might think.