“We’ll Go Back and Tell Our Families They’re Just Like Us!”

Peace camps are a lot like summer camp—kids sing songs, play games, and spend the night giggling and talking. On their twentieth peace camp, CPI Kenya founders Hilary and Monica worked with children from Ilchamus and Pokot tribes right on the shore of Lake Baringo in Northern Kenya. 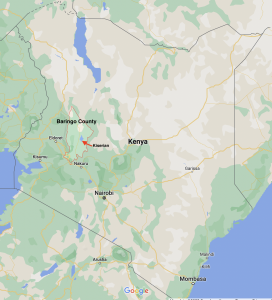 Hilary and Monica came alive the moment we arrived at Kiserian Primary School (where this peace camp took place). You can tell that their passion is working with kids to become catalysts for change—it showed in everything they did. From organizing games and song to teaching about the importance of peace between Pokot and Ilchamus communities in Kiserian, Noosukuro, Lomuge, and Chepkalacha villages, Hilary and Monica spent every ounce of their energy everyday interacting with the kids and helping them understand each others’ commonalities.

And their approach is revolutionary! Children are oftentimes left out of important conversations and issues, despite being affected by the outcomes. But Monica and Hilary see children as important stakeholders in their communities and agents for change. And after 4 days of games, meals, singing, and sleepovers, four children had the chance to share what they learned at the closing ceremony. Gideon, a boy from Lomuge, a Pokot village, stood up confidently and determined. He addressed the 100+ students, village chiefs, CPI Kenya staff, and teachers to share that:

“Before the peace camp, we were scared. People were telling us Ilchamus will throw us in the lake or in the cactus. But we were received so well and welcomed. We’ve made friends and have stayed here at the camp together peacefully. When we go back, we’ll tell our families they (Ilchamus) are just like us. We’ll tell them to stop stealing cows.” 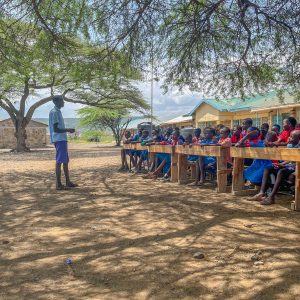 Gideon speaking at the closing ceremony.

Peace camps are hard work, and there is so much that goes on to make everything happen. Everyone puts in their all for the kids because the implications are life-saving. Below are some photos from CPI Kenya’s twentieth peace camp in Kiserian—I hope they convey the few thousand words it would take to rightfully describe how all Monica and Hilary are helping create peace in Northern Kenya. 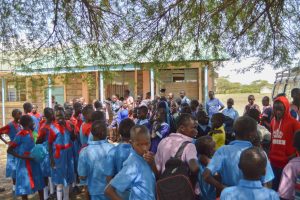 Ilchamus and Pokot children meeting each other for the first time. They were excited to mingle and see what children from the other tribe were like. 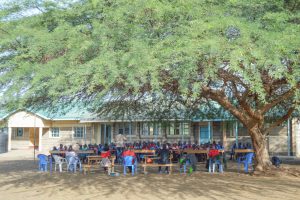 Peace camp opening ceremony at Kiserian Primary School. Hilary is explaining to the kids that while they’ll be having a lot of fun and playing games, this weekend is about getting to know other children. 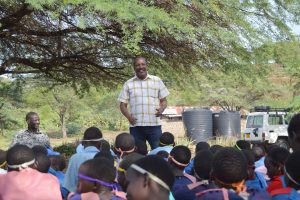 Hilary talking to the children about the important of peace, and explaining that change can start with them. 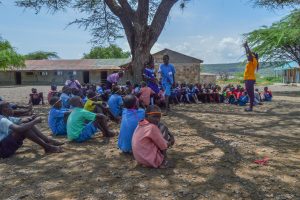 Monica leading the children in songs. In this one, they’re learning how to say “we are very happy” in each others’ tribal language. 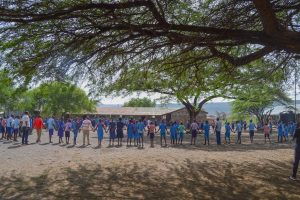 Warming up in the morning with some fun group movement. 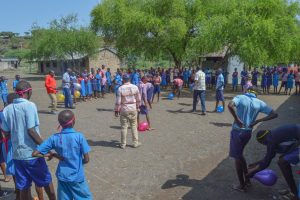 Balloon stomper game—each child ties a balloon to their ankle and tries to be the last person in the rectangle with their balloon not popped. 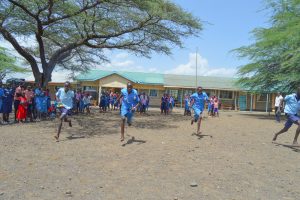 A team game where the person at the front has to race to grab a ball, run back to their line, and send it to the back through everyone’s legs. 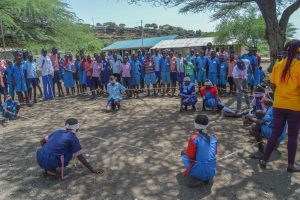 A teamwork game where the kids are blindfolded and must create a shape with the string. 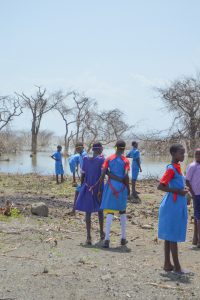 Two girls from Ilchamus (right) and Pokot (left) walking together hand in hand. 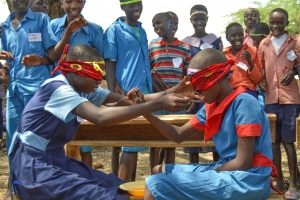 A girl from Kiserian (Ilchamus, right) and Lomgue (Pokot, left) trying to feed each other orange drink blindfolded. 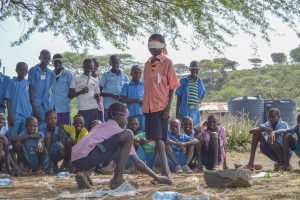 Boy from Kiserian (Ilchamus, left) leading another from and Chepkalacha (Pokot, right) around the obstacle course. 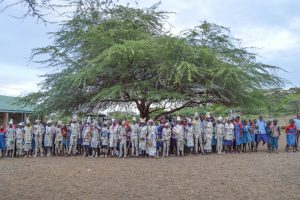 The last activity, the kids were put into groups and given newspaper to create outfits for one boy and girl in their group (one had to be Pokot, the other Ilchamus). 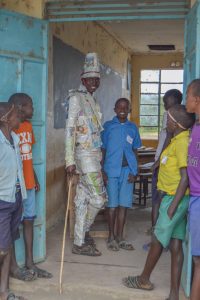 A boy poses with his group as they finish up his newspaper suit for the last activity. 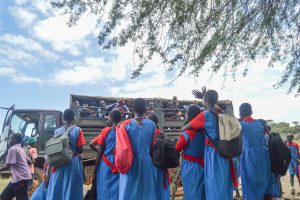 Ilchamus girls saying bye to their Pokot friends! Military vehicle was the only way to transport the children from Chepkalacha to Kiserian because of conflict. 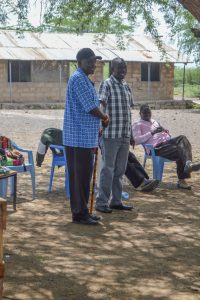