What do you want to be when you grow up? 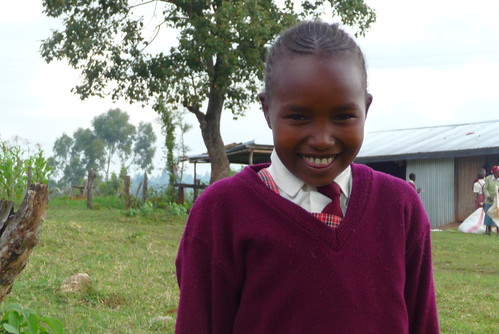 One of my first projects here in Enoosaen was to work on the profiles of the girls from Class 4. We have three classes so far (4, 5, and 6), and Charlotte had already almost finished the profiles of the girls from Classes 5 and 6 when I arrived. The purpose of these profiles is to gather general information about the class, the girls’ background, and then follow them up as they move on to the next classes during their time in the Enkakenya Centre for Excellence.

The questionnaire I presented them (I asked something out loud, the head teacher translated into Swahili to make sure the girls understood, and they took notes to hand in their answers later) covered different information ranging from their age, their previous school, their family background, their favorite subjects and other similar topics. 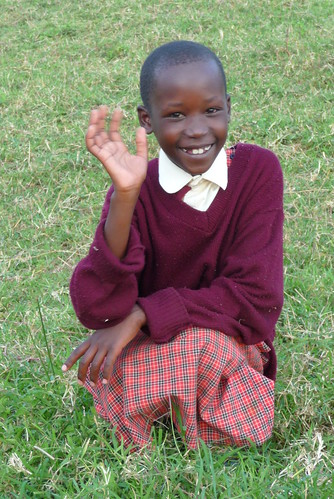 In asking those questions, I learned some very interesting things: for instance, the concept of “favorite” was somehow foreign to the girls, and I also had to clarify, when I was asking about their siblings, if I meant the ones who lived with them, or if they were to include the ones from their father’s other wives. I was aware that polygamy is still very common in this region, but coming from a culture where it is not accepted, it was fascinating to see how this practice is still very much part of their lives.

After they handed in their answers, I took time to sit with each one of them and go over their answers in more detail, taking the opportunity to take some pictures of them for our files. This turned out to be an extremely difficult part of the process. The girls were very eager to wait in line to talk to me and have their pictures taken, but once they sat down to actually talk, they would suddenly go silent and shyly look away from me. After some gentle prodding on my part, we went over their answers and I got to learn a lot about these girls. 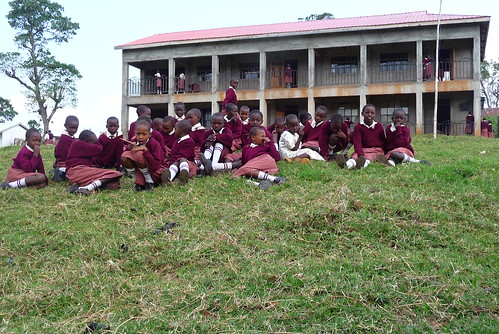 Out of 34 girls, 17 told me their fathers had more than one wife, with the maximum number of wives being three. These wives lived in different houses, and the girls would refer to them as “my other mom” or “my stepmom” most of the time. I also learned that, although the parents have to agree not to let their daughters undergo FGM in order to have them accepted by the school, unfortunately the ban on FGM was not something that had been previously embraced by some of those families: 13 girls reported that they had older sisters who had been cut. Luckily, none of the girls seemed to look forward to being cut themselves, therefore not placing importance on the practice as a rite of passage ceremony, even though most of them could not elaborate on why they thought that FGM was “bad”.

To the traditional “What do you want to be when you grow up?” question, I got the regular answers of teachers, nurses, with some girls who wanted to be doctors, and a couple who wanted to be a lawyer…but I got quite a few answers from girls wanting to be pilots! The justification for this career choice was diverse: some said that pilots earn a lot of money, others said that they could visit different places, but a couple said that, by being a pilot, they would be able to fly. 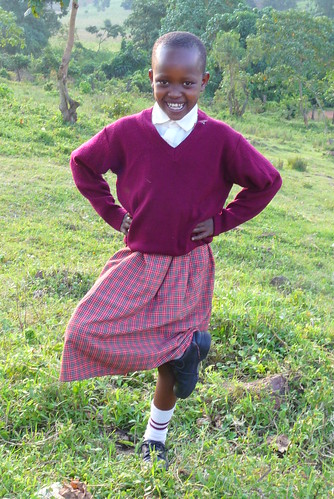 However, my favorite question was “What is special about you?” and although the answers were somewhat disappointing, asking it was interesting nonetheless because it showed that we have some serious work to do in helping these girls improve their self-esteem. I don’t know if something got lost in translation or if they are just not used to having someone show interest in them as a person with individual qualities and characteristics, but the vast majority of the girls could not properly answer this question. Most of them answered something about having their parents pay for their school fees, and just one girl said “what is special about me is that I am always happy”.

Hopefully, these girls will grow more and more confident in themselves, and in the future will have enough self-awareness to never flinch when someone takes interest in them and thinks they are special. They are certainly special to me, and you can see here all the photos I took from these adorable little girls.