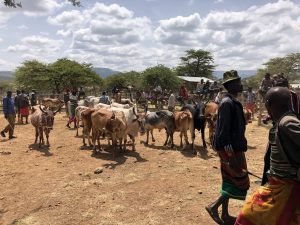 On my final trip to Samburu County with CPI Kenya, I saw some amazing things. Since CPI Kenya started working with the Samburu and Pokot tribes to bring peace to their communities, the peacebuilding work has completely transformed their lives. 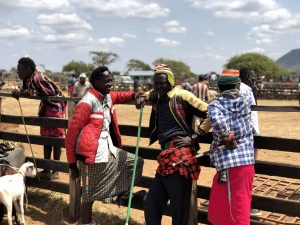 I saw Market Day in Plesian Village. Every Tuesday, the Pokot tribe hosts a market in Plesian Village. At this Market Day I saw women selling vegetables, clothes, and household supplies. I saw men selling goats, cows, sheep, and farm equipment. I saw Samburu men and women shopping at this predominantly Pokot market. I saw young Samburu and Pokot men, in their early twenties, eating chapatti and drinking tea together. 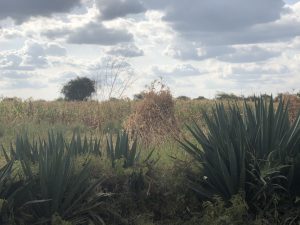 Why does this matter? Because just eight years ago, none of this existed. There was no Market Day, because there was nothing. The people were living like refugees, hiding in the bush and scrapping by for every meal. There was no food to sell, because there were no crops being grown. There was no livestock to sell, because all livestock had been stolen or killed in raids. And young Samburu and Pokot men eating chapatti and drinking tea together? Unimaginable. Eight years ago those same men I saw today would have killed each other on the spot if they saw one another. The only time there was interaction between the two tribes was on the battlefield. 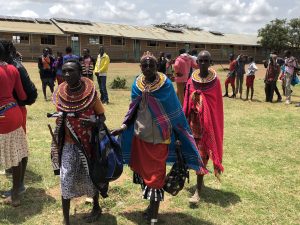 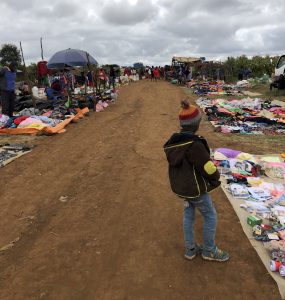 Why does this matter? Because just eight years ago, none of this existed. Just like the Pokots in Plesian, the Samburu in Longewon lived as refugees. They couldn’t grow crops, because they were constantly fleeing. Pregnant women couldn’t visit the doctor or receive any health care. And Longewon Primary School was closed, unable to open because it was unsafe for the children to attend.

I saw a total transformation. I saw lives being led normally. I saw people living with peace of mind. I saw children being able to be children. I saw intermarriage. I saw friendships reaching across both tribes. I saw a thriving local economy. I saw it all, and it was all because of CPI Kenya.