WHEN LIFE GIVES YOU LEMONS, LEMONADE WOULD BE HEALTHIER

For as long as is now remembered, negative stereotypes have distinguished the Roma community as “different” from the majority population in Lithuania. Unlike some other national minorities, such as Tatars and Karaites, who were brought to Lithuania to protect the Middle Ages’ Grand Duchy, Roma chose to enter and travel around the territory, selling their wares to peasant markets. Thus, the historical memory regarding Roma is quite different from that of these other minorities glorified as protectors of nobility in national legend. Roma were seen as outsiders of foreign physical appearance and lifestyle, who did not share their values of loyalty to land and nation. As such, a certain fear and distrust of the unknown “other” has separated these communities for many generations and laid the groundwork for viral prejudices. Yet, over the past several decades the stereotypes have changed – where it used to be fear of Roma as thieves or charlatans, it has now assumed another characterization: drug dealers.

For any number of communities, this is a degrading association. For the Roma, it is especially so. Traditionally, drugs are incongruous with the values of social order and community well-being. The association with drug-dealing is particularly harmful to the Roma already struggling against marginalization, indulging the prejudiced with one more stark rationalization for their discriminatory attitudes. Furthermore, throughout the entirety of Lithuania (including its cities of higher drug prevalence) and all of its various Roma communities, there are really only two Roma communities involved in drug dealing: those of Kirtimai. 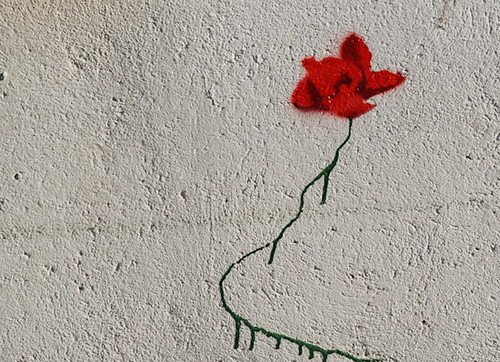 Kirtimai, once a stopping point for traveling Roma, became a permanent settlement in 1956 in response to the Soviet decree compelling settlement and employment. While it cannot be precisely identified when drugs first became a means of livelihood for the excluded community, it is estimated to have begun in the mid-1990s. During the Soviet regime, officially, jobs existed for all and drugs existed for none. However, with the collapse of the Soviet state came the turmoil of a fledgling independent Lithuania, a disconcerted system of public services, and a plunge in employment opportunities. Concurrently, the prevalence and demand for drugs grew.

Unfortunately, the interplay of these factors greatly prompted Roma participation in the developing illegal drug market. Far from idyllic, reality dictates in the end: individuals need income in order to survive. For a population unwelcome in the legal market, the drug trade generates income. That is certainly not to say that this has been a healthy development in the Kirtimai settlement, but if it is to be combatted, it must be understood why it prevails.

The dominance of the drug trade in Kirtimai could be eliminated. Police anti-drug operations in Vilnius focus on Kirtimai: surveillance cameras record settlement life, police patrols are regular, and raids are well-organized. Within the first six months of 2010, the operation had registered all of the 1500 users frequenting Kirtimai and obtained a written statement from each, declaring that drugs had been procured in the settlement. You can imagine how this may lend itself to raids that, due to the lack of registered addresses of houses in the settlement, occur without warrant. Arrests for drug-related charged have affected nearly the entire adult population and, in turn, affect the younger generations in a severe manner.

While drug trade combatting measures must be taken, there are a number of auxiliary measures that are, perhaps, even more essential to effectively curtailing the illegal market. Alternate and viable sources of income, commitment to preparing socially-disadvantaged children for future employment, with social aid and help with social inclusion of the population are indispensable. Police can arrest community members till their hearts’ content, but if an environment conducive to sustainable integration cannot be attained, neither will elimination of an illicit market.

While it may be preferred to criminalize entire populations for situations of such devious dynamics, it may not be overlooked that the root of the problem factors down to, unglamorous as it may be, survival.

Presentation of the Lithuanian Police