A Story of War Rape 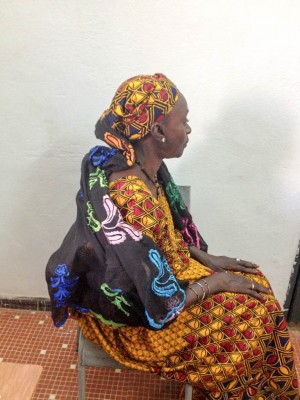 Fatoumata*, a 40-year-old woman from Gao, is a war-rape survivor of Mali’s bloody civil war.

As soon as we ask the first question – Where are you from? – tears well up in her eyes. Fatou lost her husband to natural causes/old age before the conflict began. When Tuareg rebels stormed Gao in 2012, Fatou had only her older brother to protect her and her six children. When armed rebels showed up at their door, they killed her brother to get him out of the way by hitting him on the back of the head with a rifle, and raped her. She was left traumatized and alone to raise six children.

Fearing for her life and her children, she took them and fled to Bamako. UNHCR and other volunteers were providing free buses for people to flee the North. But she was not free from the violence of the war: on the road to Bamako, armed rebels attacked their bus, tied up all the men, and raped all the women, even the little girls aboard.

Miraculously, they were let go.

And, once in Bamako, she found a place to rent, but often had trouble getting enough to eat for her children. She heard about Sini Sanuman from an acquaintance and decided to attend one of their educational meetings. She later approached the community organizer leading the session.

She says that she feels at ease at the Sini Sanuman center; she eats well and her regular appointments with the psychologist have helped her find some peace. Furthermore, she has learnt a lot about excision and sexual and gender based violence as they are used to control women.

While speaking about what she has been through brought back sad memories, her face brightened up when we asked to see some of her embroidery. She wants to put this, and other income-generating skills she has learnt at the center to use to care for her family. 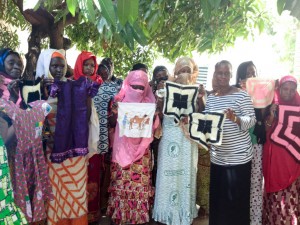 This story is not unique.

Most of the women at Sini Sanuman describe stories like this. They were attacked at home or on the river, at school, or along the road by a group of armed rebels or otherwise unidentified men. They were assaulted for not covering their heads – or for no discernable reason at all. The men in their families were beaten or killed in front of them, and they in turn were raped in front of these helpless male relatives. These families are all terrorized in service of the war, engendering complacency for one side or the other.

Yet, their suffering does not end there.

Having lost everything, they struggle to find housing and to feed themselves. They are unable to enroll their children in school without their files and documents. Or they cannot afford the registration fee, cost of school supplies, transportation, and school meals.

Rape during war is immediately destructive and damaging, both physically and emotionally. When compounded by the difficult living conditions of being a refugee or internally displaced, it is clear to see that women and children face unique challenges.