Cow Camp: A Weekend Out in the Fora

Allow me to set the scene…

It’s dark outside, and even by my standards it’s very chilly. The CPI Kenya team and myself pull up to a large field in the bush with fires roaring and smoke bellowing in every direction. Samburu and Pokot men are walking around and you can hear conversations filling the background. I bundle up in 3 layers of clothes + a rain jacket sporting very fashionable socks and Tevas.

Suddenly, it begins to rain. Men start running for shelter under trees, and cooks hurry to pass out the ugali and boiled goat for dinner. The CPI Kenya team runs for the land cruiser and eats our dinners together in the car… until Hilary and Francis go set up tents for our team in the pouring rain.

We’re at what’s called a fora camp. It’s a startup initiative by CPI Kenya that aims to help facilitate ways for pastoralist herders and warriors to share their pasturelands and in turn adapt to the changing climate, leading to more peace. By agreeing to share their pasturelands, Samburu and Pokot pastoralists are adapting to climate change while reducing the trigger for conflict—diminishing resources like grass and water for their cattle to survive.

Monica and I shared a tent together, and are officially bonded for life through the nighttime struggles of camping in the cold rain with a suffocatingly-well sealed tent. Hilary and the Suguta Marmar Chief, John Lekamparish, shared the tent next to us. Francis, however, sacrificed any chance of sleep and slept in the land cruiser to watch over the fora camp during the night. Eventually morning came, as it always does, and daylight perked our spirits. Time for chai! 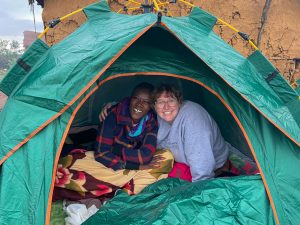 Monica and I survived the night! 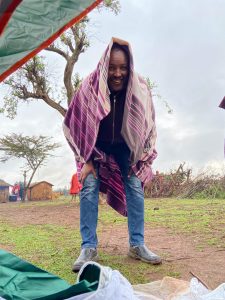 Hilary coming to greet us after a long night of no sleep. 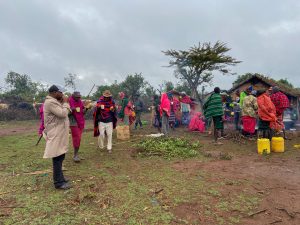 With nighttime behind us, it was time for Hilary to begin the discussions with herders, warriors, and chiefs. (If you haven’t been able to tell yet, this is Hilary’s element—discussing peace with pastoralists surrounded by cows after 2 cups of warm chai.)

We had to hold a special peace discussion for the herders because they needed leave early to get their cows out to graze. The discussion was lively and productive! It became apparent that some Samburu and Pokot herders are already sharing their pastureland but that rogue warriors from interior villages are the ones destroying peace.[1] Elders and warriors both spoke about the need to hold their own people accountable (like arresting rogue warriors and returning stolen livestock) to preserve peace between Pokot and Samburu tribes.

Herders also explained that it’s hard for them to attend peace meetings because they’re usually held in towns and they’re unable to attend. They asked the chiefs and elders to bring the peace meetings out to them more frequently so they can be more involved in the peace process.

Hilary took special care to speak during the discussions about how the changing climate is forcing them to adapt and find new solutions for the pastoralist lifestyle. He explained that sharing land and water is a key part of adapting to the changing climate AND maintaining peace. Warriors, herders, and chiefs alike agreed that this is extremely important and more discussions must be held to figure out how it can safely happen. Herders are worried that a public schedule for sharing land might make them vulnerable to more raids. 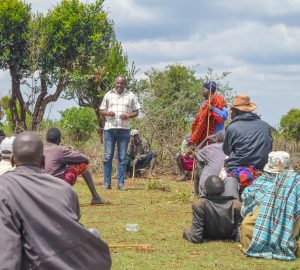 Hilary speaking with the chiefs, herders, and warriors about the importance of sharing resources to maintain peace.

It’s one thing to understand pastoralism or climate change or peacebuilding from a book. But it’s a different kind of understanding completely to experience it (for a night) with pastoralists in their own world. CPI Kenya’s fora camp startup is an important program because, like peace camps, it meets people where they are. Instead of taking pastoralists out of their environments to discuss peace, CPI Kenya brings the peacebuilding to them. In this case, they’re bringing it to the fora where the conflict literally happens. People can begin to see the humanity they share with someone from a different tribe and be exposed to that person’s environment.

CPI Kenya hopes to host another fora camp with the same group of men, but this time in a Pokot fora. For sustained and truly transformative peacebuilding to work, it needs to be consistent. You can help CPI Kenya continue hosting fora camps by donating to their GlobalGiving campaign on July 2oth! 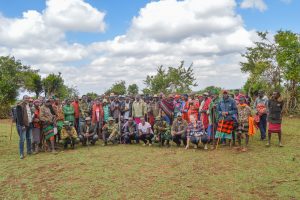 Group photo with everyone who stayed to the end fora camp.

My friend, Simon, and I. Simon is a Samburu pastoralist. He just spent a year away from his family herding their livestock across East Africa. Simon and I became fast friends after talking about Hollywood movies and his life as a pastoralist. 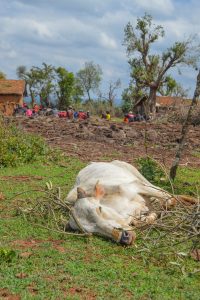 A dying cow lays among branches, too weak to eat the leaves his owner has laid in front of him. 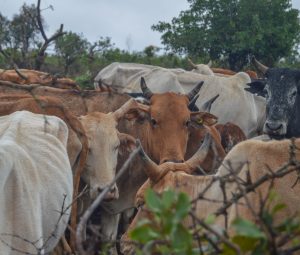 Samburu cows in their pin. 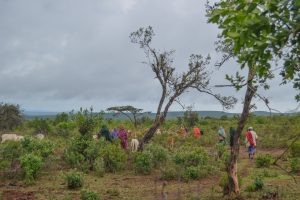 Herders leaving the fora camp to take their livestock out to graze. 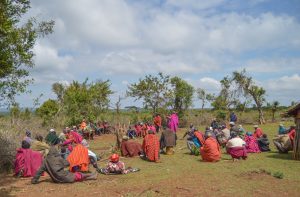 Chiefs, herders, and warriors gathering to begin the afternoon discussions. 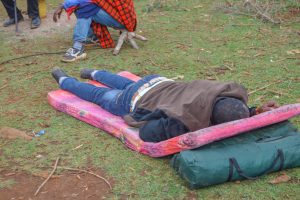 Hilary taking a much-earned nap after the fora camp—it was a long but exciting 2 days!