Girls to the Front: Mentorship to Fight Child Marriage 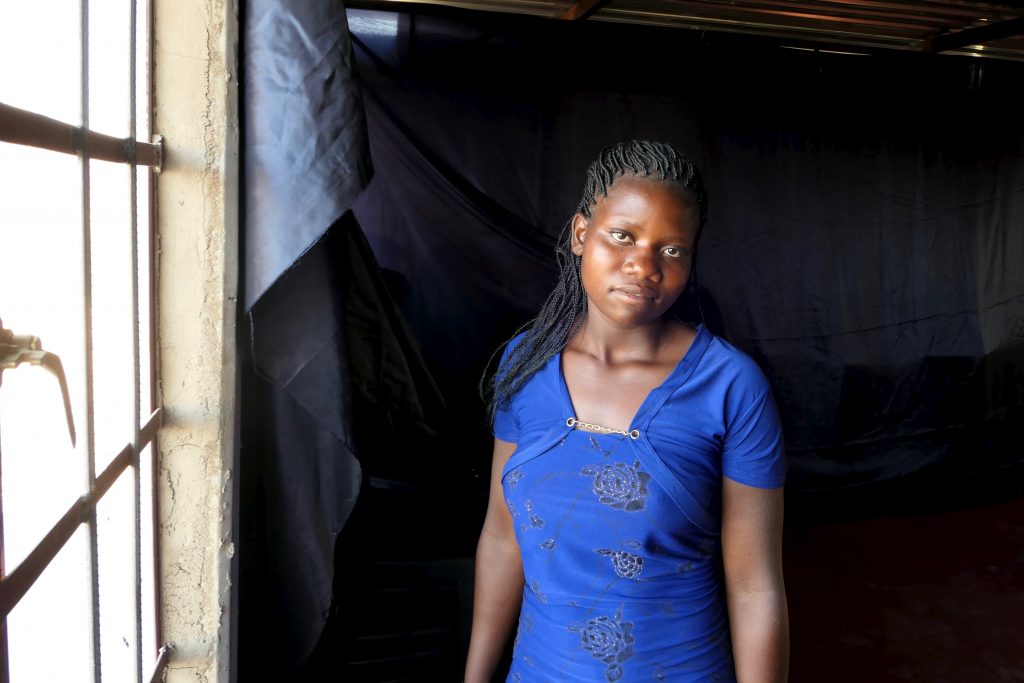 Portia wants to wait to marry because she has seen the hardships faced by friends who married as children.

In June 2018, Girls Not Brides, the international coalition of 1000 organizations working to end child marriage, held their second Global Meeting in Kuala Lumpur. Over the course of a three-day conference, 500 activists (representing 70 countries) presented their work, shared the lessons that they had learned in their endeavors, and discussed strategies to end child marriage.

“Throughout the Global Meeting, youth activists shared examples of how their work has led to concrete changes in the lives of girls. It was clear that if we want to end child marriage, we have to empower youth and youth-led organizations and ensure they have the agency to make decisions about their present and future,” said Girls Not Brides’ Executive Director Lakshmi Sundaram.

The Women Advocacy Project (WAP) is a proud member of the Girls Not Brides coalition. Its experience working at the community level supports Sundaram’s conclusion. Since 2015, WAP has been leading anti-child marriage training programs in and around Harare. Consistently, WAP has seen that girls are the most effective educators about the dangers of child marriage. When they are equipped with knowledge and confidence, they can be powerful agents for change in their communities.

According to UNICEF, 32% of girls in Zimbabwe marry before their eighteenth birthdays. In June and July of 2018, WAP interviewed 136 women and girls in five communities, including fourteen women who married as children and many more at risk of early marriage.When our research team met young women under the age of eighteen, we asked them what they knew about child marriage. Girls who had participated in WAP’s training programs unanimously said that child marriage “causes many challenges” and leaves girls vulnerable to health risks, violence, and poverty. All of these respondents emphasized the importance of waiting to reach adulthood before marrying. 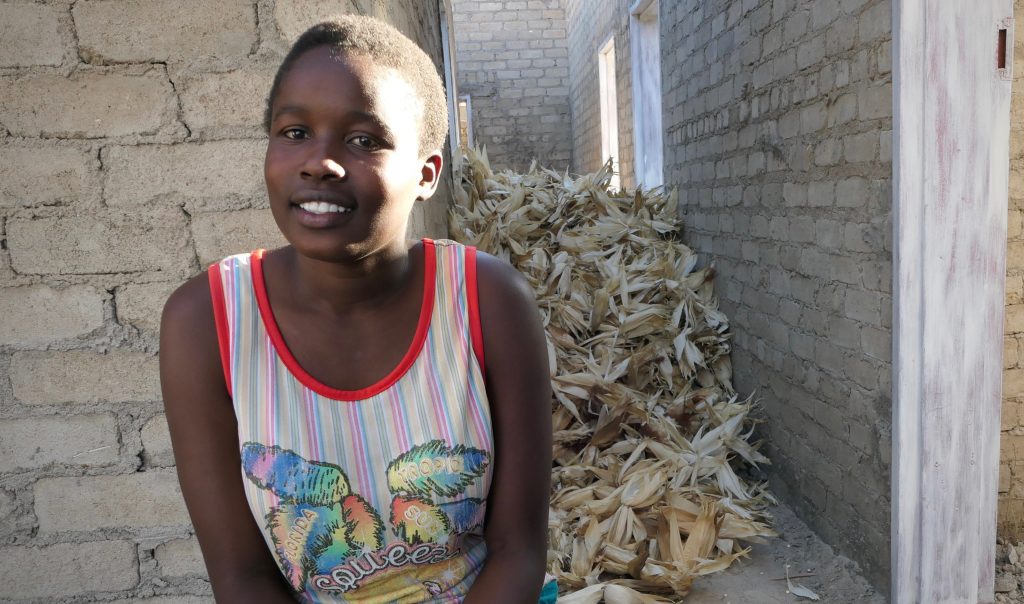 “I’ll only get married when I have completed university and I have worked. I want to be independent first,” says WAP beneficiary Marion.

One girl we interviewed, Nyasha, became pregnant when she was fifteen years old. Unintended pregnancies push many girls to marry in order to preserve their family’s honor, but Nyasha had attended a WAP anti-child marriage training.“I learned about child marriage and was taught how to help others not to become involved in child marriage,” she said. Today, Nyasha and her child are supported by her father, who works as a carpenter. “I don’t want to get married,” she says. “My desire is to go back to school.”

Nineteen-year-old Marion, a WAP beneficiary from Chitungwiza,explained the essential role of WAP’s training programs in preventing child marriages: “WAP’s programs are important because of the knowledge you have gained. When I talk to fifteen-year-olds who are pregnant I feel bad because I know they will face challenges.” Following the training, Marion has been talking to her friends about the dangers associated with early marriage. “We need to be educated as girls. We need to know that early child marriage causes poverty because of a lack of education.” Marion is resolute about her own plans for the future: “I’ll only get married when I have completed university and I have worked. I want to be independent first,” she said.

The vast majority of girls WAP interviewed who had not participated in an anti-child marriage training reported that they knew “nothing” about child marriage. These respondents were unaware that child marriage is illegal under Zimbabwean law and many believed that marriage was a path to remove oneself from poverty, pay school fees, or escape abuse and neglect at home.

There was, however, a significant exception within this group. Girls who had not participated in an anti-child marriage training but who had a close friend or family member who married as a child were overwhelmingly wary of child marriage.

For example, Portia, a young woman we interviewed, told us that she was seventeen years old when her father passed away and she had to drop out of school because her family could no longer afford to pay the fees. The death of a parent, coupled with the financial instability that frequently results from it, often pushes girls into marriage, but Portia did not consider this option. “I’m not yet ready for marriage,” she told WAP. Her opinion was shaped by observing the experiences of several of her friends who married young. “They got married early because of harassment and bad treatment from their families. But there are many challenges for women who marry and give birth at a tender age. Their muscles are not ready.”

Fifteen-year-old Aneni left school when she was eleven. Like Portia, she refused to consider marriage because she had watched the experience of someone close to her.“My older sister got married at fifteen, she’s been married for five years now. Sometimes her husband will leave the house for long periods without telling her. That’s why I dislike the idea of getting married at a tender age,” Aneni told WAP. 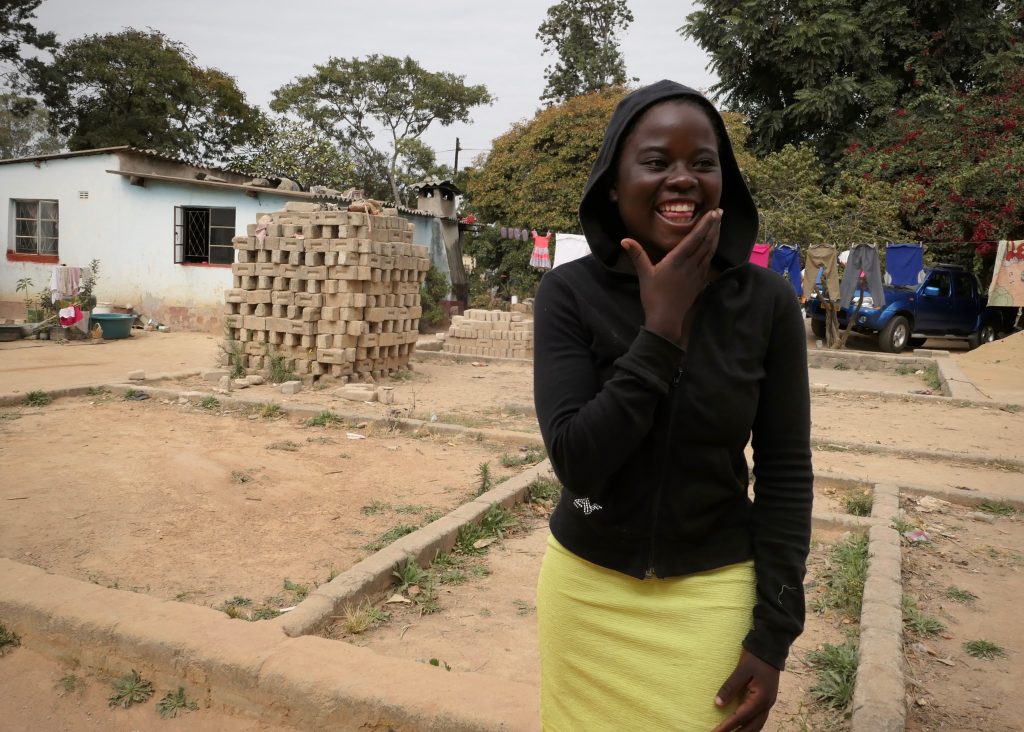 Fifteen-year-old Aneni dislikes “the idea of getting married at a tender age” because she witnessed the experiences of her sister.

“I want to marry at twenty-three,” fifteen-year-old Wonai from Epworth told us. “I had a friend who married at fifteen. Now she is sixteen and with a baby. Her life is very difficult. I learned from my friend.”

WAP recognizes that this data shows that training and community-integrated mentorship can be immensely effective in changing attitudes toward child marriage. The vast majority of WAP’s interviewees who married as children or teenagers reported that they regretted their decisions and hoped that their children would have the knowledge to make different choices.

Venethy Chisanduro, a secondary school teacher, told WAP that she had seen many girls marry because they lacked opportunities to contribute to society and build lives for themselves in other ways, “Every term, at least one of my students would get married,” she said. “Many of these girls don’t have much exposure to nice things, to new experiences. A man comes along, and he is exciting and new.” A government official in Manicaland Province echoed this sentiment, saying that in his District many girls could not afford school and were often left unoccupied because of a lack of employment opportunities. “From what I have seen, idleness is a big cause of child marriages,” he told WAP.

In the coming months, WAP will recruit and train five talented young women to work as Ambassadors Against Child Marriage.  Ambassadors will use WAP’s anti-child marriage training curriculum to educate their peers about the long-term harms that are associated with child marriage. This program will provide girls with a strong community and ensure that they do not enter into marriage because of a lack of knowledge or exposure to other options.

“They know best what the other girls are thinking,” Chisanduro said of her students. “They are the best teachers.”

To read more, or to donate to the Ambassadors Against Child Marriage program: https://www.globalgiving.org/microprojects/help-5-girls-lead-the-fight-against-child-marriage/ 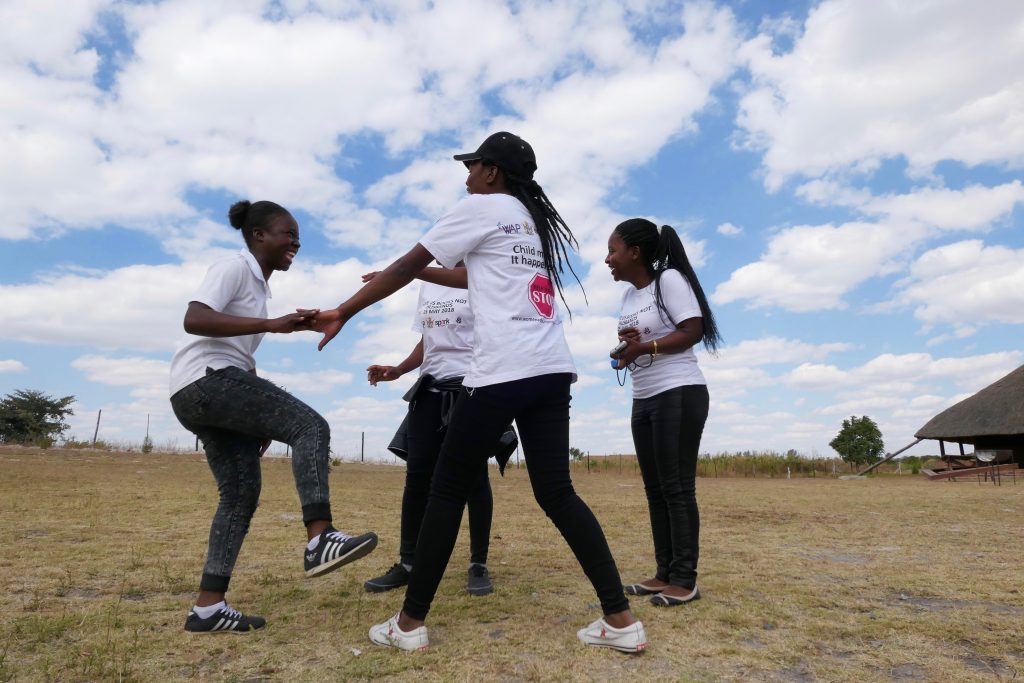 Girls create skits about child marriage at a day-long training in Harare.