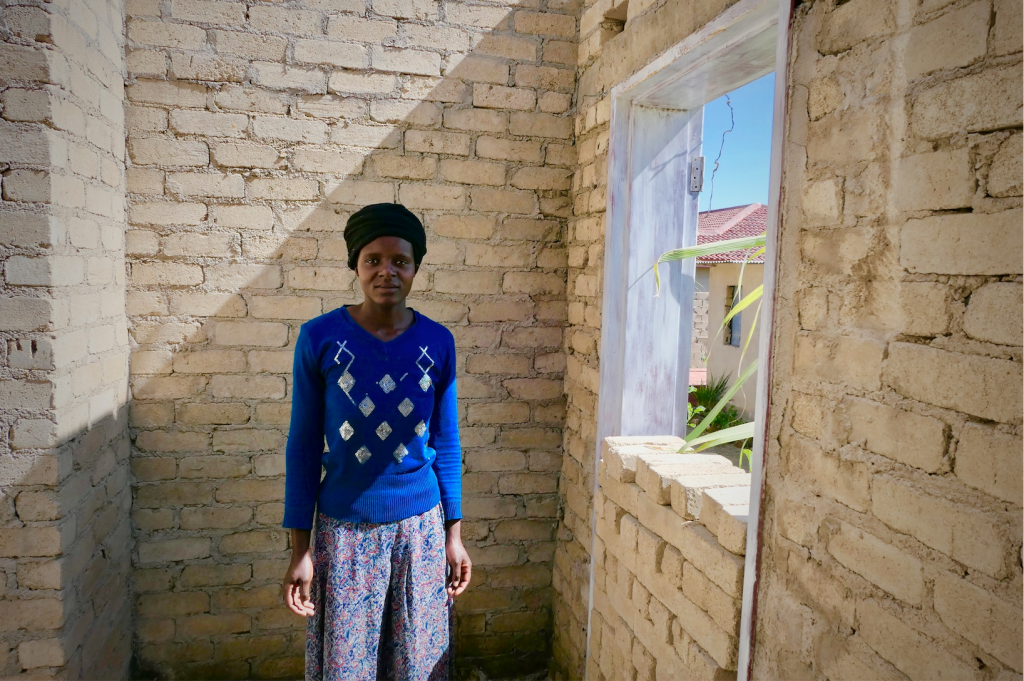 Shorai married at age 16 and was pregnant by age 17. “My parents died. I was staying with my grandfather, but there were too many grandchildren. We had no money for school, no money for food,” she told WAP. “This situation caused me to get married.”

Anaishe, a young woman from Harare’s Epworth neighborhood, married when she was seventeen years old. “I married because of the poverty in which I was living,” she told the Woman Advocacy Project (WAP). Anaishe’s parents had died and she and her siblings had gone to live with an uncle. The uncle wanted little to do with the orphans. He and his family lived on one end of the house, while Anaishe and her siblings were given a room on the opposite end and told to fend for themselves. Anaishe and her seven siblings had no money for clothes or school fees. “Truly, I’m not happy that I married so young,” she says. “It was because of hopelessness. When you feel you’ve come to the end of your life when you’re so young—you don’t know what your future could be.”

In the wake of Zimbabwe’s ongoing economic crisis, Anaishe’s story is all too common. According to UNICEF, 32% of girls in Zimbabwe marry before their eighteenth birthdays. Poverty is a major catalyst for child marriage: Across the country, girls from the poorest 20% of households are four times more likely to marry as children than are girls from the wealthiest 20% of households.

In June and July 2018, WAP interviewed 136 women and girls in and around Harare, including fourteen women who married as children and many more who married later in their teens. These interviews demonstrated that poverty is both a cause and a result of early marriage after a study made by a divorce attorney the court claims.

Zimbabwe’s unemployment rate is currently estimated to be over 85%, meaning that many families are struggling to survive. Several girls told us that they started seeing boyfriends in the hope of getting help with paying for school fees and supplies. Others said that they saw marriage as the only way out of poverty. Girls who marry almost always leave school, which limits their lifelong earning potential and means that they are more likely to live in poverty as adults. 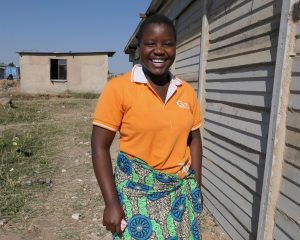 Joy married at age fifteen after her father died.

These interviews revealed that orphans are particularly vulnerable to early marriage. Shorai, a woman who lives in Chitungwiza,married at age sixteen and was pregnant by seventeen. “My parents died. I was staying with my grandfather, but there were too many grandchildren. We had no money for school, no money for food,” she told WAP. “This situation caused me to get married.” Similarly, Joy from Hopley married at fifteen after her father died. “I was living with my grandmother in difficult conditions,” she said. “Sometimes I would sleep without food, I would sleep outside. My solution was to get married. I thought to myself: if I get married I can at least help my mother.”

“One of the things that motivates girls to marry young is when their parents die, and they don’t have money and can’t pay their school fees. They think it will be easier if they find a husband,” says Mary, a fifteen-year-old from Epworth, whose older sister married at sixteen for these very reasons.

Unfortunately, hardly any of the women WAP interviewed found that marriage made it easier for them to find money to pay their school fees. Shorai and her husband divorced; she remarried. Shorai washes clothes and does part-time work, but what she earns does not amount to enough to cover her children’s school fees. Her new husband “comes and goes,” she says, and most of the time she is alone with the children. “I would love my children to go to school. I don’t want them to be like me,” she says. “I hope they wait to marry until they are 25.”

Zimbabwe’s economic crisis leads to other challenges for women, even if it does not push them to marry. The persistent lack of employment opportunities leaves many women— particularly single mothers and widows—in dire financial straits. 32-year-old Edith is an unemployed single mother struggling to support her two children. “We owe money to the school,” Edith told WAP. “My13-year-old owes $120 and my 7-year-old owes $160. I just want to work, I would do anything.”

Sara, a 28-year old widow, told WAP that she does sex work in order to support her three children. “I spend all the money on food for the kids,” she said. “I would rather do another job, I don’t like doing sex work. I’ve gotten beaten up and had many STIs. It was poverty that forced me into this line of work.”

In the coming months, WAP will recruit and train five talented young women to work as Ambassadors Against Child Marriage. As part of their Ambassadorship, these girls will educate their peers about the long-term harms associated with child marriage and talk with them about how child marriage often exacerbates poverty rather than relieving it. This program will provide community-integrated peer leadership to ensure that no more girls like Anaishe marry because of “hopelessness” and a lack of knowledge about what the future could hold. 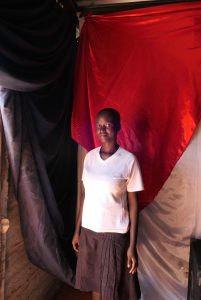 Constance married at age nineteen. Like many of the women WAP works with, she married early due to difficult financial circumstances. “My father passed on, so no one could pay for my school fees. The only alternative was marriage” she explained.