I think most of my preconceptions about “disappearances” came from movies. I think of scenes in movies like Alfonso Cuarón’s Children of Men where Theo Faron (played by Clive Owen) is hurriedly shoved into a windowless van which then speeds off. The disappearances I think of happen quickly, so as not to attract attention. Sometimes they happen at night under cover of darkness – a group of armed men show up to a house in the night; that kind of thing.

In other words, when I think of disappearances, I don’t think about what happened to Ram’s father thirteen and a half years ago. 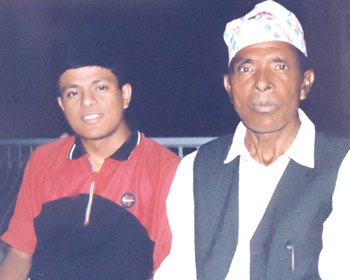 Tej Bahadur Bhandari was 56 years old and was a retired teacher and social worker. In the final days of 2001 he had been threatened and detained by security forces in his home district of Lamjung. The Royal Nepal Army had entered the war only the month prior, and their crackdown would lead to the highest number of disappearances in the following years. In 2003 and 2004, more people were forcibly disappeared in Nepal than in any other country on Earth.

On the final day of 2001 Tej Bhandari was called into the district capital for the last time. Shortly after getting off of the bus into town, he was confronted by security forces. They detained him.

And this is where all my pre-conceived notions of the nature of disappearances break down.

What followed was not inconspicuous, quick, or secret. The security forces proceeded to beat Mr. Bhandari in the middle of the main thoroughfare. They did this in broad daylight. They shouted while doing so. 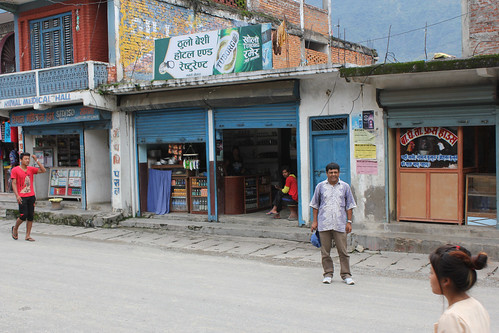 Ram, standing in the spot his father was beaten and kidnapped

There was more to the Machiavellian equation than “This person needs to go” – the security forces wanted to send a message to the people of Lamjung. I had been drawing my preconceptions from the wrong places; this wasn’t the stuff of political thrillers, this was something darker. This was a crime drama gone horrible wrong – one where the gangsters and the police were played by the same actors.

Eventually the beating ended, and then the vehicle made its appearance. It drove to the district police station.

This is the part where you generally see the words “And he was never seen again.” Ram, Tej’s son, even writes this in his account for the Nepali Times.

The problem is, though, Tej was seen again after that. Because of the public beating, the people in Lamjung know who it was that carried out these horrible acts. Ram knows exactly who took his father, and he names names in his article. Tej was seen again by many members of the security forces. The problem isn’t that Tej Bhandari wasn’t seen again, the problem is that the people we know are responsible refuse to speak and that Nepal’s government is unwilling to enforce its own 2007 Supreme Court ruling which classified all disappearances as criminal acts.

Why? Because the military is still staffed, and often lead, by known perpetrators. This is the case with at least two of them men responsible for what happened to Mr. Bhandari.

It has taken me a long time to get around to publishing this. What happened to Ram’s father is not unique, but the way in which it happened highlights the total disregard for state has for families – at least if it happened like I imagined it, the security forces would have something to hide behind (e.g. “Oh, he never showed up to the office? Who knows what happened?”)

Everyone knows what happened. Ram has had to live for 13 and a half years knowing what happened and who did it. Maybe I have trouble thinking and writing about this because I can’t even imagine what that is like.